Now is the time for regulation to support sustainable, plant-based eating 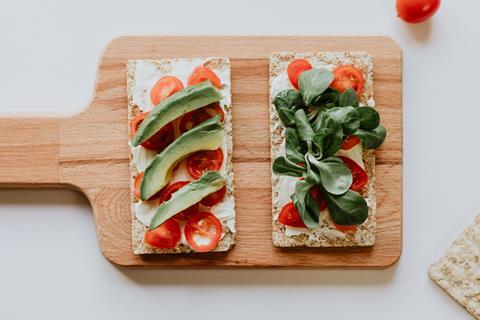 The evidence is out there, and people are beginning to listen to it. Plant-based foods tend to be healthier and more environmentally sustainable than their meat and dairy counterparts. According to a 2019 report from the UK government’s Scientific Advisory Committee on Nutrition (SACN), meat and dairy foods are now the most prominent source of trans fats in our diets, and a multitude of reports have warned that we need to cut down on meat and dairy in order to meet global climate goals (notably the 2019 IPCC report on land use).

These stark facts, combined with a growing surge in consumer demand for plant-based foods, are good reasons for regulators to champion plant-based diets. Unfortunately, many current regulations stifle the plant-based foods industry. Readers may have seen EU-level labelling disputes in recent years on foods like almond milk (or the less palatable “almond drink”, as many brands have had to adopt) and veggie burgers (there is an ongoing battle about naming these “veggie discs”, although a Dutch court recently ruled against this move).

Veganuary 2020: all the supermarket ranges

So, what is the rationale behind these restrictions? The common argument is that calling something “almond milk” or “plant butter” will confuse consumers into thinking it is dairy milk or dairy butter. This argument patronises consumers – a 2017 US court confirmed that “by using the term almond milk, even the least sophisticated consumer would know instantly the type of product they are purchasing”.

Why, then, does the plant-based sector care about these restrictions? The principle is simple: these foods are better for the planet and for us, and these joint public health and sustainability credentials should incentivise governments to put plant-based foods on a level playing field with their meat and dairy counterparts. This includes allowing these products to use names that accurately describe their function (e.g. “almond milk” is consumed in the same way as dairy milk).

Of course, stringent labelling restrictions are just one of several ways that meat and dairy products are unfairly protected at the expense of plant-based foods. Another factor is subsidisation for the meat and dairy industries – a 2019 Greenpeace report found that over £24bn of taxpayer money goes to support livestock farming across the EU (nearly a fifth of the EU’s total annual budget). The resulting unrealistic prices fuel continued meat and dairy consumption, which is bad news for our health and our climate.

Instead, public funds could be better spent on incentivising western populations to consume less meat and dairy and shift towards a more plant-based food system that can cater for a growing global population – we are already seeing positive moves in the UK’s forthcoming updated Agriculture Bill.

At the start of a new year, during a month in which many people are embracing Veganuary, is it time for regulators to take this long-term trend seriously, and support consumers to make healthier, more sustainable eating choices? We think it is.