Booze deals feel the pinch as Christmas activity builds up 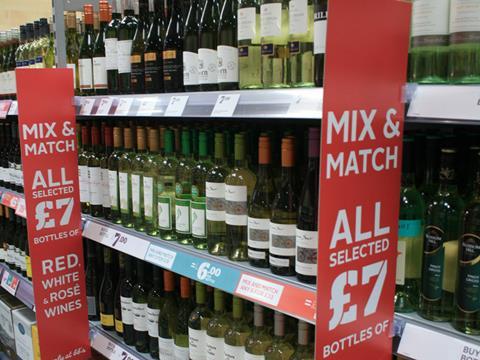 Supermarkets are decking the halls with promotional offers ahead of Christmas, but shoppers aren’t getting as many good deals as they were last year - especially in the booze aisles.

Most of the mults are offering more featured space promotions than last month, with the exception of Asda - which has reduced the number of promotions by 1.33% [Promodynamic Retailers 52 w/e 4 December 2016]. Morrisons has increased the number of featured space promotions in stores by the most, up 8.7% month on month to 2,421, while Sainsbury’s has the most deals at 3,131, up 4.1% compared with the previous four-week period.

On a year-on-year basis, only Morrisons, Sainsbury’s and Waitrose have increased the number of featured space promotions, and average % savings have fallen almost across the board, again with the exception of Asda, where they are up 3.29 points to 29.9%.

The amount shoppers can save on featured space deals is falling because the mults are reducing the number of bogof and half-price deals and increasing the number of ‘save’ promotions - which have a lower average saving of 30%.

BWS has suffered the biggest drop in terms of the number of deals on offer, accounting for just under 20% of total featured space promotions compared with 22% last year. Average % savings on alcohol have also fallen by three points to 23%. “Waitrose is the only retailer to buck this trend by increasing BWS deals, which now account for 38.1% of its total promotional activity,” says Assosia’s Kay Staniland. However, even Waitrose has cut average % savings on beer & lager and spirits.

Meanwhile, Asda and Tesco are offering bigger savings on spirits, and Asda has increased savings on beer & lager. Sainsbury’s has cut average savings on all alcohol deals. Overall, wine has suffered the biggest cut in savings.