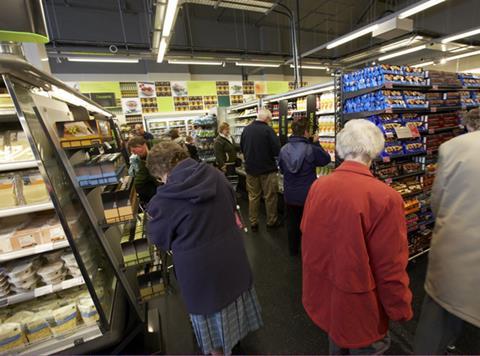 Marks & Spencer has cut prices on around 400 food lines over the Easter bank holiday weekend, as part of its continued push to appeal to families.

It has reduced prices by at least 10% compared to last year. Lines with lower prices include legs of lamb, salmon, wine and Easter eggs.

This comes as its latest interim results released in November 2018 found its like-for-like food sales sunk 2.9% in the first half of the year.

Around 20% of its Easter eggs are also £5 and under, and its wine is 15% cheaper compared to this time last year.

Read more: Tight lamb supplies boost prices - but deals are up too

“We’re in the early stages of our transformation plan to broaden the appeal of our food to family-age customers and make M&S more relevant, more often,” said M&S managing director of food Stuart Machin. “As part of this, we have been investing in price to deliver even better every day value, whilst protecting the quality our customers love.

“You can see this shift in our current marketing campaign - M&S is no longer positioning itself as special and different, but special and relevant, with prices to shout about.”