Morrisons cuts ‘back margin’ deals from 37 to just three 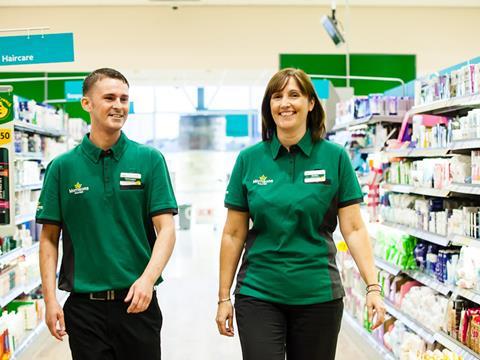 Morrisons has reduced the number of commercial income mechanics from 37 to just three as part of a dramatic overhaul of its supplier relations.

In a move that mimics the strategy adopted by Tesco last year, commercial director Darren Blackhurst told delegates at the Morrisons supplier conference last week he wanted to run less ‘back margin’-based promotion and to put the focus on EDLP.

The simplification of terms, introduced “in recent weeks”, follows an investigation by the Grocery Code Adjudicator in which demands for lump sum payments of £2m per supplier were exposed.

Though Morrisons escaped a fine, it’s understood a number of buyers left the business and Blackhurst also presented at the conference a 12-point doctrine entitled The Way We Work With Suppliers (to serve our customers better and be more competitive), in which he pledged that buyers must ‘listen’, ‘show mutual respect’, ‘act with honesty and integrity’, with ‘everything confirmed in writing and forward looking’.

He also outlined plans to create four tiers of supplier partnership - from ‘trusted strategic partners’, to ‘transactional’ suppliers - with the highest tier guaranteeing regular access to the chairman and CEO, and enhanced access to Blackhurst and the relevant category director.

To one supplier “the message” from the conference was clear.

“They can deliver growth but not for everyone. They want the best net price, and we are to leave the retail price to them. As a result tertiary brands will be eliminated, and we have to compete for the space.” David Sables, CEO of Sentinel Management Consultants, said the changes were “laudable” but “the proof was in the pudding” so far as suppliers are concerned.

“Piling back margin into your cost price without a crystal ball is a leap of faith suppliers are struggling to make, but at least Morrisons is starting to show some trading momentum. The key is trust. Suppliers won’t give of themselves because they don’t trust that at the end of the financial year the retailer will stick to their word on the agreement that was made at the beginning. That one issue of doing what you say, changing that would be the game changer for trust.”