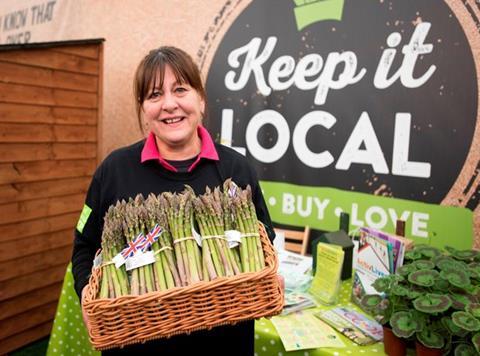 East of England Co-op has reported an 8.8% uplift in sales during its second Sourced Locally Fortnight, which encouraged customers to buy locally produced food and drink.

The total was 8.8% up on the £839,312 of sales achieved during its inaugural Sourced Locally Fortnight last year when it focused for the first time on produce from Norfolk, Suffolk and Essex.

This year’s fortnight appealed to customers and its 270,000 members to #KeepItLocal. Among successes was a breakfast promotion, included for the first time and bought by 7,267 customers. The £5 deal offered six large eggs from Havensfield Eggs, eight sausages and 200g of bacon from Taste of Suffolk, a punnet of Ipswich-grown mushrooms and six tomatoes from the Norfolk-based Friendly Tomato Company.

“We are delighted with the reaction from both our customers and suppliers, with many taking to social media to share their support, and look forward to an even more successful Sourced Locally Fortnight in 2017,” he said.

Grosvenor added that since 2007 when it launched its Sourced Locally initiative, the independent co-op had invested more than £45m into the regional economy as well as cut food miles, reduced waste and boosted quality.