Supermarket shop up 47% since 1997... but Stella and bananas are cheaper 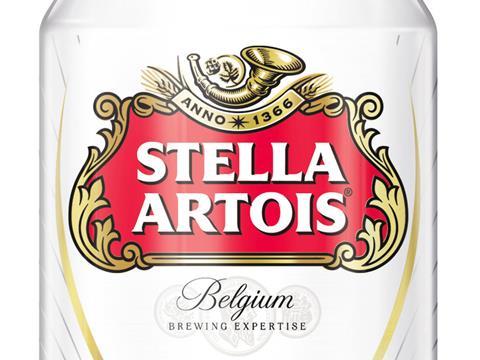 The cost of an average supermarket shop has risen by 47% over the past 20 years, but despite yet another period of inflation following the devaluation of sterling, a bunch of bananas is actually 27% cheaper, and the price of Stella Artois has fallen 5%.

But the power of supermarkets has kept a lid on inflation. Other examples include onions, which cost only a penny more than 20 years ago; a packet of back bacon, which inched up just 5p and baked beans up 10p.

Alistair Smith, international co-ordinator for Banana Link, said: “Since 2002, big UK retailers have launched into a senseless and damaging price war, [and] are now prepared to sell bananas at a loss, which is illegal in other continental European countries.

“Despite the British public’s commitment to fair trade, and the substantial slice Fairtrade-labelled bananas now account for, value has been stripped out of banana chains and the UK’s bad example has spread to the continent. Consumers are being given a message that 72p per kilo is a fair and sustainable price. It is not. Until one of the big retailers is prepared to take the retail price back to more sustainable levels for all concerned along the chain, living wages, less environmental damage and fair prices for producers small and large alike will remain a dream.”

“If you think back to 1997, Stella was a relatively premium product. It was probably the Peroni of its day, so it took a premium and it wasn’t heavily discounted. All that’s happened is that, tinned cans of lager have become a commodity. Now the money is in bottles. Heineken, Stella, Carlsberg, all the beers in tins now just get sold in slabs. Nobody wants lager in a tin anymore unless you’re going to get bladdered at a barbecue.”

“Over the last 20 years The Grocer has chronicled the changing nature of supermarkets, from changing customer habits and product trends to emerging technologies and formats,” said Andy Murray, chief customer officer at Asda.

“What the Grocer 33 has shown week in, week out is that in the face of constant change, the one thing that has - and will - stay the same, is Asda’s commitment to saving our customers money.”

And while Asda has won The Grocer 33 for 20 consecutive years now, the guest appearances in the Grocer 33 of discounters Aldi, Lidl and even Iceland, has shown that a leaner model based on a limited assortment can deliver more competitive prices still.