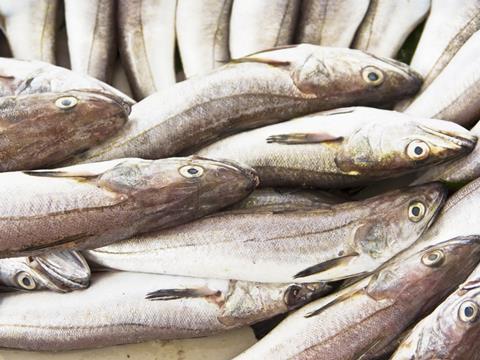 Tesco has hiked the price of a raft of its own-label haddock SKUs by an average of 20% during the past week, amid tightened supplies and the continuing influence of a weak pound.

Six haddock SKUs have been affected by the price rises, according to Brand View data.

Overall fresh fish prices have increased by 6% in Tesco during the past week, with 22 SKUs affected. Prices across the other major mults remained flat at the time of writing.

A Tesco spokesman said: “We’re continually working to mitigate any cost increases and keep prices as low as possible for our customers. We offer a wide range of quality fresh fish at competitive prices.”

It comes as the wholesale price of haddock is up 22.6% year on year to £962/tonne, according to Mintec, as a result of the market adjusting to the provisional total allowable catches (TAC) set for the 2018 fishing season.

“For the Northeast Arctic, a major Norwegian haddock fishery, the TAC has been provisionally set down 13% year on year to 202,305 tonnes,” said Mintec analyst Michael Liberty. “A lower TAC will reduce the limit each fishery can catch, reducing supplies and generally causing prices to rise.”

Currency volatility had also played a big role in the increased wholesale prices, said the Norwegian Seafood Council. “We have seen a 30% increase in prices in GDP for frozen whole haddock so far this year and 16% in NOK,” said a spokeswoman. “So we feel the increased prices for Norwegian haddock in the UK have been driven predominantly by a currency effect.”