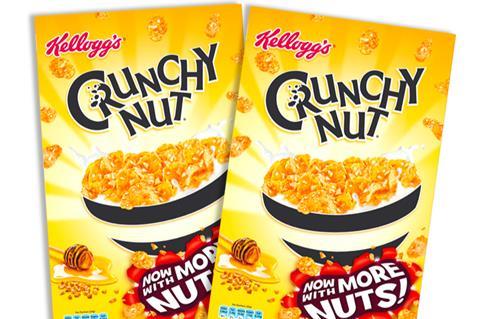 Consumer watchdog Which? has reported leading grocery chains to the Competition & Markets Authority after it found supermarkets were still running “dodgy” deals in breach of government pricing guidelines.

The guidelines state that retailers must ensure the information they present to consumers is fair and does not waste time or cause annoyance, disappointment or regret. Neither should it cause a consumer to overspend or buy a product inappropriate for them.

Which? discovered multibuys that cost more than if the items were bought individually and “dubious” discounts that alluded to a price that was not the most recent.

It also identified “not-so-special” offers whereby products were sold at their “special” price for most of the year.

So-called “dodgy” deals included a misleading multibuy from Iceland for Kellogg’s Crunchy Nut available at ‘2 for £4’. The price a week earlier had been £1.49 each - 51p less per item.

Which? highlighted discounts that were not really discounts, citing Cathedral City Mature Cheddar (350g), available from Morrisons promoted as ‘was £3.50 now £2’ during the week of 17 September last year. It claimed the product was available for £2 the previous month.

Which? said its latest investigation appeared to reveal that many UK supermarkets continued to flout the rules by offering deals that did not necessarily constitute a legitimate saving.

“Four years on from our super-complaint on misleading pricing practices, many of the big supermarkets are clearly still in the wrong, with numerous examples of dodgy discounts and never-ending offers,” said Which? head of home products and services Natalie Hitchins.

“These retailers must stop tricking shoppers with deceptive deals and spurious special offers. If not, the CMA must intervene to ensure that pricing guidelines are followed.”

An Iceland spokeswoman said: “We update our promotions throughout the year to offer the best possible value to our customers, and review our approach to pricing structures to ensure savings to the customer are as transparent as possible.

“We have incorporated the findings shared by Which? into this process and will continue to review and improve our promotional calendar.”

Asda referred The Grocer to the BRC. Tom Ironside, director of business & regulation at the BRC, said: “Supermarkets seek to provide the best value for consumers on the hundreds of thousands of product lines they sell.

“This is often through promotions and discounts, which can change week to week, even on the same product lines, as retailers seek to cut the cost for shoppers.”