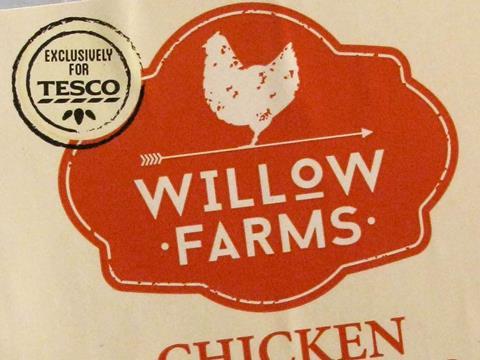 When Tesco launched eight so-called ‘Farms’ brands back in 2016 it caused a right old stink. There’s been less fuss about the eight ambient and packaged goods ‘brands’ it’s added in recent months (covering goods like tea, bread, deli items and soup), but they are having a significant impact on Tesco’s price file.

With names like HW Nevill’s, Stockwell, Hearty Food Co, Eastman’s and Ms Molly’s, these brands have replaced the Tesco Value range, and their pricing is aimed squarely at addressing the discounters. And so confident is Tesco in its competitiveness, it went toe-to-toe against the discounters for the first time in its advertising last week, claiming to be cheaper than either Aldi or Lidl on a select basket of goods.

But what about its impact on the Grocer 33? With our methodology requiring a reasonable match against Asda, Sainsbury’s, Morrisons and Waitrose, direct comparison is not always possible.

Asda was exclusively cheapest on 13 items (or 12 if you factor in Tesco’s tertiary spaghetti), with the dog chews, beer, cauliflower, potatoes and sausage rolls decisive. (Tesco has a 480g Eastman’s eight-pack competitively priced at 99p but that’s not a fair comparison.) Asda’s basket was also notable for the singular absence of multibuys, a trait it shares with its proposed partner Sainsbury’s, which was third this week, with a £62.09 basket (an 11% gap).

The gap from Asda to fourth-placed Morrisons was 13%, and 20% to Waitrose in last.