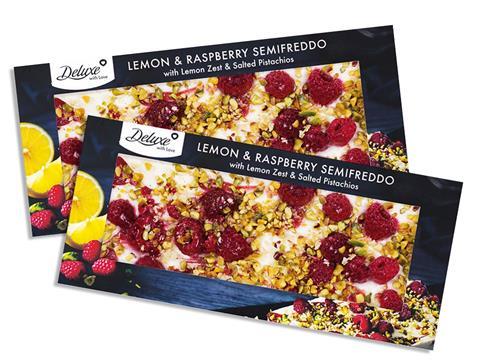 Why: Meaning ‘half cold’, semifreddo is an Italian dessert similar to ice cream but not churned, and allowed to thaw slightly before serving. This version, which is topped with lemon zest and salted pistachios, is part of a range under Lidl’s Deluxe banner that includes Spiced Chocolate Orange Pudding, Chocolate & Ginger Melt-in-the-Middle Pudding, Spiced Plum & Apple Sherry Trifle, and Belgian White Chocolate & Berry Cheesecake.

Consumer verdict: Attractively presented in ‘upmarket’ packaging, this dessert generated a good level of interest pre-trial. Most of our consumers had their expectations met upon testing, especially those over 55. Panellists described it as refreshing, delicious and creamy, and three out of five thought it would be an ideal product for entertaining. It scored above average on all key measures, and though the high price point meant most saw this as an occasional indulgence, 42% said they would still buy this at least monthly.