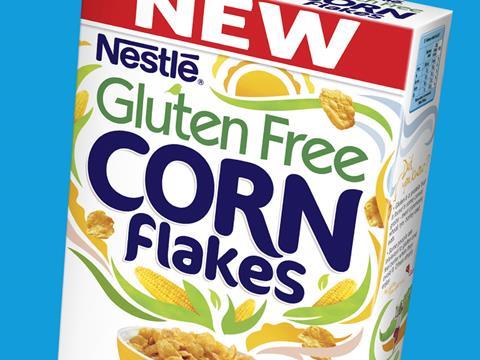 Why: With consumer and retailer interest in free-from food continuing to grow, more major brands are targeting the category. In the case of cereals, Nestlé Cereal Partners launched these gluten-free cornflakes in two variants - traditional ­(rsp: £1.99) and honey (rsp: £2.19) - last summer, and has already said it plans to expand its free-from offer. Rival supplier Kellogg’s is this month ­making its debut in free-from cereal with an Organic Puffed Corn.

Consumer verdict: Tested among a non-targeted sample - rather than consumers who always ate gluten-free products - little difference was noted between this and ‘standard’ variants. The cornflakes achieved an overall score slightly above average for the category and many respondents said they would consider buying as a viable alternative to their current brands, with four out of to 10 claiming this variant was better than the competition. And, although 24% of respondents said they would never buy these, a similar proportion claimed they would buy at least fortnightly.