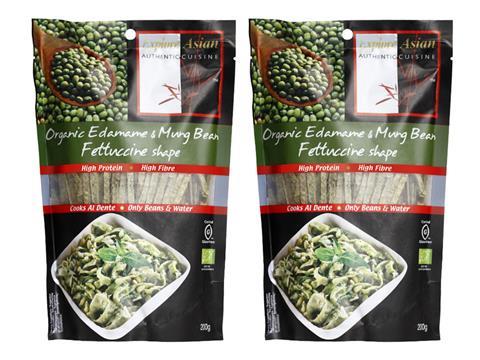 Where: Packet rice, noodles and grains

Why: Vegetable-based carb replacements are popping up everywhere. The supermarkets have sold 5.3 million fewer kilos of pasta last year, in part due to this growing trend away from conventional carbs [Nielsen 52 w/e 8 October 2016]. This free-from product from Explore Asian is part of a range featuring Black Bean Spaghetti and Edamame Spaghetti variants, which can be found in the mainstream pasta aisle of 364 Sainsbury’s stores.

Consumer verdict: The product met with widespread criticism from our consumers for its “tough” and “stodgy” consistency. Despite some triallists saying it was a “good alternative to pasta”, others considered the colour off-putting and the flavour “weird”. The majority of consumers were unlikely to buy due to the product’s specialist nature and its price. For those following a gluten-free diet, it was considered “ideal”, but most of our triallists thought there were better alternatives for shoppers in search of healthier meal options.