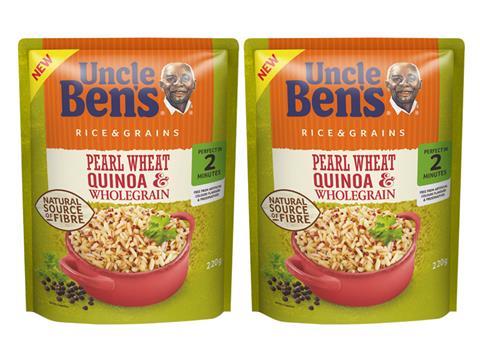 Where: Rice, noodles and grains

Why: This microwavable Pearl Wheat, Quinoa & Wholegrain pouched product is one of five in a range of ambient, microwaveable mixes of rice and grains. It has been rolled out in the year pouched rice became the bestselling format in the £500m rice & noodles category [Kantar Worldpanel 52 w/e 26 April 2015].

Consumer verdict: The Uncle Ben’s pack helped encourage good levels of pre-trial engagement. Although there were some reservations over the product delivery after sampling - “bland, stodgy, sticky texture” - higher than average ratings for health and value helped lift the overall score four points above the category norm. Most of the criticism came from the South and the over-55s, with those in the North and younger adults more impressed. Despite the convenience and novelty (72% agreed it was new and different), one quarter maintained it wasn’t for them and that they would be unlikely to buy, though a similar proportion said they would buy at least fortnightly.