Budgens gears up to expand further north and into Scotland 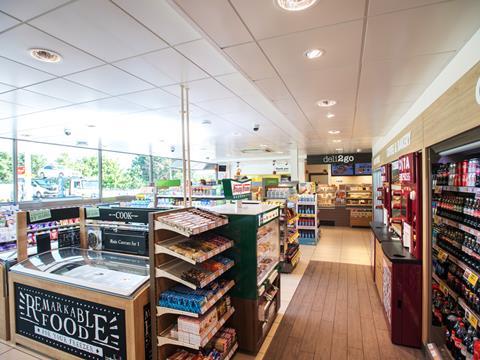 Budgens could soon be making its debut in Scotland as part of the Booker symbol group’s plans to grow its footprint in the north.

The upmarket symbol, which has signed up more than 100 stores in the past year, plans to use Booker’s 146,000 sq ft South Elmsall depot in Wakefield from July to help expand its presence in the north of England, for which there was a growing demand among retailers, and to push the brand into Scotland for the first time, Budgens brand director Mike Baker told The Grocer.

Budgens’s reach in the north currently extends to South Yorkshire and the M62 corridor, plus one store in Newcastle-upon-Tyne, all serviced from Booker’s 300,000 sq ft Wellingborough DC.

“We’ve always known that there was interest in the Budgens proposition and the range outside the reach we currently have, but we had not been able to service it [properly],” explained Baker. “But by putting our range into a Booker depot [closer to the ground], we can grow the business.”

“We’ve expanded the team, with more retail development managers on the ground in parts of the country we didn’t have before, and we’ve seen really good interest from people who have always aspired to run a Budgens shop and want access to our fresh ranges that perhaps they can’t from their existing wholesaler, so all of a sudden we’re able to do that.”

Baker said this move came as part of a wider expansion. Winner of The Grocer’s ‘Symbol of the Year’ in 2017, Budgens now supplies 235 stores, and has launched into 15 new counties in the past year, including Avon, Lancashire, Suffolk and West Glamorgan. There “was a lot more to come”, Baker added.

“It’s not just about filling in pockets in our heartland, it’s stretching the brand into parts of the UK that we know there’s been demand for but we haven’t been able to in the past to really drive that growth.”