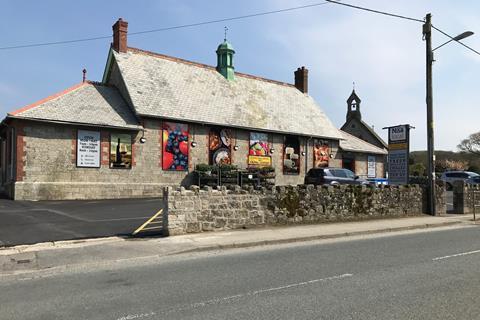 A complete renovation was required to turn the hall into a fully functioning, modern store

A derelict church hall in Cornwall has undergone a transformation to open as a Nisa convenience store.

The 2,000 sq ft Pheonix Stores in Nanpean, near Saint Austell, is owned by Gary Batten, and has turned over £18,000 a week since it opened in March.

The store has a focus on food to go with freshly made pizza sold whole or by the slice, along with coffee and slush puppies.

The store stocks Co-op own label and local products including Kernow pork and Rattler Cyder sausages.

Work began on the building in the first week of January with a complete renovation required to turn it into a fully functioning, modern store with a full convenience offering.

“I still can’t really believe what we have today compared to what it was like, and in such a quick turnaround,” said Batten. “The entire building had been left untouched for 30 years and was in a real state, so there was a lot of work to be done.”

Batten, who owns one other Nisa store, said they were pulling in trade from surrounding villages with people choosing to shop with them because their range was better than competitors.