Wilko turns to smaller stores in search for London property 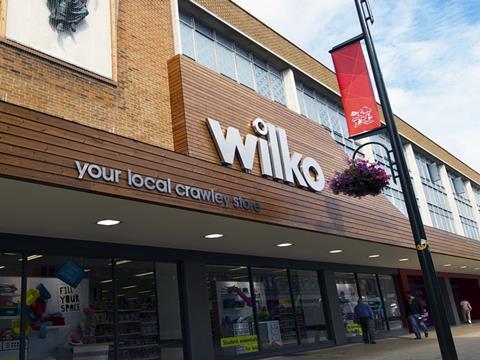 Wilko is looking at smaller store formats to expand its central London footprint.

The retailer said the capital was one of its “key acquisition areas” and it was unable to open its usual 15,000 sq ft to 18,000 sq ft store formats due to a lack of availability of suitable retail space. It is now looking at more compact formats.

Houghton, who will take over from Robin Lassiter after his retirement, will support Wilko’s focus on new, smaller formats and continue its objective to open 100 new stores in the next five years.

Before joining Home Retail Group, Houghton worked with Dixons, Currys, Woolworths and Pedigree Group. Houghton will take a place on the Wilko Trading Board and will report to chief operating officer Sean Toal.

After 10 years with Wilko, 60-year-old Lassiter will retire to be replaced by Houghton after a four-month handover period.