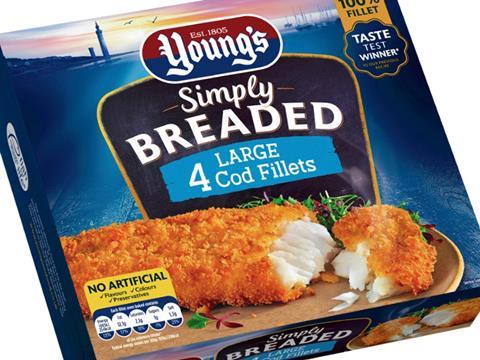 Youngs Seafood has boosted earnings 29% in the third quarter on the back of cost-cutting as the Grimsby business continues its search for a buyer.

In the announcement which saw Young’s post an almost 30% jump in EBITDA to £6.7m, its private equity owners confirmed that the sales process for the supplier is ongoing.

Last week it was reported that former private equity owner CapVest, Japan’s Mitsubishi Corporation and UK Fisheries are understood to be pursuing a €170-€200m deal for the company.

Young’s formally announced it was up for sale in April, with private equity owners Lion Capital, Bain Capital and HPS Investment Partners eyeing an exit after a decade in charge.

During the sales process it was revealed that Young’s lost a significant supply contract with Asda, but has since gained a new supply deal with Marks & Spencer. It also agreed an expanded supply deal with a major sandwich chain in the quarter.

“As the market leader, Young’s continues to deliver EBITDA growth year on year and quarter on quarter, in a challenging market,” said Bill Showalter, CEO of Young’s Seafood.

“This has been driven by sales progress, underpinned by cost reduction actions. The plans we have put in place to deliver our medium term outlook are well underway and we are on track to meet our targets.

“During the quarter we secured a contract renewal and supply expansion agreement with a leading sandwich chain in the UK.

“We also secured increased distribution for our Young’s Brand, along with new products and extensions to our existing lines in the USA.

“Driving exports is a key pillar of our strategic growth plan and our success in the US market demonstrates the potential to grow sales outside of the UK, where Young’s Seafood is the number one fish and seafood brand.”

Total revenues at the brewer - the UK’s 13th-biggest beer brand - hit £78m over the six months to 30 June 2018, a 55% increase on the same period last year, its latest financial update reveals.

UK retail sales grew 83%, while revenue from BrewDog’s fast-expanding bar division almost doubled, growing 92%, which had generated an incremental £10m so far in 2018.

BrewDog’s on-trade success had been boosted by ongoing partnerships with JD Wetherspoon and Greene King, the brewer said.

The FTSE 100 has opened flat so far this morning as traders get ready for the bank holiday weekend.

In a day of little dramatic movement, stevia and sweetener producer PureCircle Limited (PURE) hit a year-low, falling 15.6% to 300p.

Packaging giant Macfarlane Group was one of the big risers, jumping 3.9% to 106p, after reporting a leap in revenue and profits for the first of the year. The Glasgow based company saw group sales 14% to £102m.