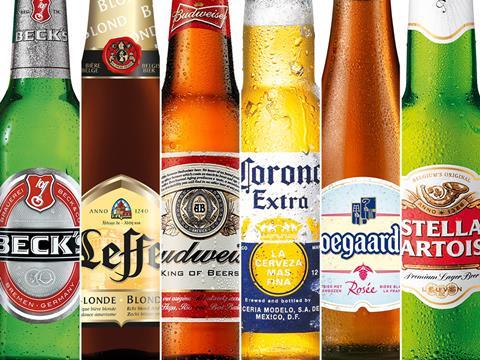 AB InBev (ABI) is toasting a positive 2017, with fulll-year and fourth quarterly revenue growth of 5.1% and 8.2% respectively and strong bottom-line growth.

The sales rise was driven by its global brands Budweiser, Stella Artois and Corona, as their combined revenues surged by 9.8% throughout last year, and by a considerable 17.8% in the final quarter of last year.

Revenue growth was driven by pricing, with volume growth was more modest. Total volumes were up 0.2% for the whole of 2017, with its own beer volumes up 0.6%, but disappointingly non-beer volumes down 3.1%.

In the fourth quarter of last year AB InBev figures revealed another mixed picture, as total volumes increased by 1.6%, with own beer volumes up 2.3%, and non-beer volumes down 3.6%.

EBITDA grew by 13.4% in 2017 reaching $22 084 million, this was attributed to the contribution of strong top-line growth, and further enhanced by synergies from acqusitions, including SAB Miller.

AB InBev incurred increases in the cost of sales last year rising to 2.6%, while net finance costs were $5.8bn in 2017, compared to $5.2bn in the previous year

Overall profits attributable to equity holders increased by a significant 64.2%, climbing from $4.8bn in 2016 to $8bn last year, again due to stronger top-line growth and cost synergies.

Quarter on quarter there was a further steep rise in equity holder profit, with an increase of 123.5% in the fourth quarter reaching $2bn.

In 2019 the brewer expects to continue to deliver “strong” revenue and EBITDA growth, driven by the solid performance of our brand portfolio and strong commercial plans.

Drinks maker Nichols (NICL) has announced a group revenue increase of 13.2% in its financial results for last year, with sales of £132.8m surpassing the £117.3m of revenues for 2016.

The group reported a decrease in operating profit of 5.3% year on year, but this increased by 0.7% when factoring in pre-exceptional items.

EDITDA grew by 0.9%, while profit before tax including pre exceptional items also rose by a steadier 0.4%.

Chairman John Nichols said: “In 2017 we delivered strong double-digit sales growth across both the UK and international businesses, even though the market conditions have been challenging. Profits were maintained despite previously announced external challenges in the Yemen region and we are proposing to increase the final dividend by 15.3%.

”The Group expects to deliver further progress in 2018, supported by the advantages of our diversified business model and the strength of our brands.”

UK house prices have fallen by a month on month 0.3% according to Nationwide. Jonathan Samuels, CEO of the property lender, Octane Capital, said that consumer confidence is one the main reasons why, blaming high living costs, low wage growth, potential rate rises, and Brexit uncertainty.

In what has been a bleak time this week for the retail industry, the grocers are on the slide so far today.

Tesco (TSCO) and Booker (BOK) shareholders overwhelmingly backed their £3.6bn merger yesterday, which should now go through in the coming weeks. With Tesco unwilling to up its offer and some Booker shareholders demanding more cash, there were concerns the deal could be blocked – but such concerns proved unfounded and Tesco rose 1.8% to 210.8p and Booker 1.6% to 227.1p on a relief rally.

Greggs, which announced a solid set of annual results on Tuesday, plunged 7.5% to 1,195p yesterday.