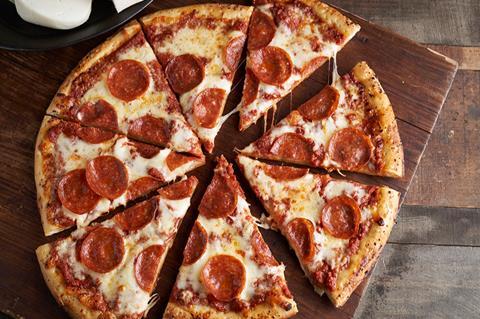 Stateside Foods supplies chilled pizza to some of the UK’s major supermarkets, including Asda, Co-op, Morrisons and Sainsbury’s

Annual profits at own-label chilled pizza supplier Stateside Foods have dropped for the third consecutive year as it failed to fend off a “challenging” trading environment.

In the year to 28 February 2019 Stateside, whose customers have included Asda, Co-op, Morrisons, Sainsbury’s and Aldi, saw pre-tax profits reduce 11% to £6.8m from £7.6m the prior year.

The company attributed its mixed performance to ongoing challenges on the sales side of the business as the UK market became “ever more price aggressive as the structure of the retail market changes”.

“This makes it difficult to pass on any price pressure from our suppliers,” Stateside explained in the accounts.

Furthermore, pressures around raw materials and volatility on exchange rates have “the potential to reduce profitability significantly”, it added.

The company added it was continuing to drive costs out of the business as well as improving and expanding its production facilities.

However, with a further Brexit deadline looming, Stateside said it had growing concerns over its ability to recruit “adequate volumes” of staff to support its growth.

Stateside Foods is a wholly owned subsidiary of the Freiberger Group and boasts around 35% of the UK chilled pizza market.

Almost all its revenues were generated in the UK last year with just £1.6m, or 0.6%, of sales coming from overseas.