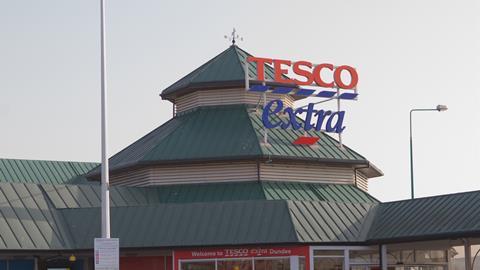 Tesco has beaten analyst expectations to deliver a 29% surge in pre-tax profits this morning.

Chief executive Dave Lewis declared himself “very confident” that the retailer will complete its turnaround goals during the 2019-20 financial year, after posting double figure sales and profit growth.

So what do the experts think? Here are the latest reactions.

“Tesco’s underlying operating profits are ahead of our expectations while the company’s Moody’s-adjusted debt was lower than we anticipated. The profit uplift is underpinned by continued operational progress in the core UK business, a first time contribution from Booker, as well as strong year-on-year earnings growth in Central Europe.”

”Tesco has delivered FY2019 preliminary results that are ahead of our expectations and Vuma consensus forecasts. Of FY2020, which has been the guiding light of the Group’s strategy since October 2016 - when margin targets (3.5-4.0%), cost reduction (£1.5bn) and cash generation (£9.0bn) were outlined - management states that it is already about to meet its ‘turnaround goals’ and is “confident” it will meet targets.

“The Group operates in competitive markets, most notably the UK and Poland, however, self improvement is making it a more effective retailer without being inspirational, we should add. The UK Competition & Markets Authority (CMA) may have improved investor sentiment towards Tesco’s core chain, albeit we do not sense management was losing too much sleep at the prospect of taking on an integrating Sainsbury-Asda; however, unless there is a dramatic volte face from the regulator it would seem that such a merger is unlikely to happen.

“Following this update we are minded to be setting out the expectation to be upgrading our FY2020 and FY2021 financial forecasts for Tesco noting that with ongoing broad-based operating progress, the delivery of guided synergies from the Booker ‘merger’ plus potential progress on additional revenue targets from the wholesaler, Tesco should continue to deleverage resulting in a notable compression of the EV/EBITDA multiple and PER plus a material appreciation in the free cash flow (FCF) yield on the Group’s equity.

“We are pleased to see the quite rapid contraction in Tesco’s dividend cover to the targeted 2.0x (we had forecast this to be achieved by February 2021 but it is now guided to FY2020) and depending upon market conditions and the stock’s rating, scope for shareholder friendly initiatives such as a special dividend, as we already see from Morrisons, and/or a share buyback programme.”

‘‘Tesco’s strong full-year announcement today produced a flurry of appealing results, with Group operating profit margin rising to 3.45% and cost savings of £532m advocating the success of CEO Dave Lewis’s turnaround plan. Shareholders will also be happy with dividend per share almost doubling to 5.77p, largely as a result of the 28.8% increase in pre-tax profit to £1.67bn, and should be feeling extremely confident that Tesco will be one of the better-performing supermarkets for the rest of 2019 – particularly with the fast-growing Booker division being integrated at pace with the rest of the Tesco family.

“How Tesco has done this is not a secret. CEO Dave Lewis, living up to his nickname of “Drastic Dave”, has been mercilessly streamlining the business over the past four years, ditching divisions that obstruct the group from reaching the promised operating margin level of 3.5% by this time next year. In the UK over the last 12 months, this has included the closure of struggling Tesco Direct and the planned disposal of lower-margin fresh food counters at 90 stores. Simultaneously, pilot schemes (such as its new discount format Jack’s) have been carefully measured with Tesco dipping a toe into new concepts rather than committing large sums of capital expenditure.

“But the real question is – what next? With the turnaround targets all but achieved, Tesco now needs to set itself some new objectives. With the lack of clarity around Brexit, the short-term aim must be around fortifying supply chains to ensure no disruption in availability if a no-deal materialises. However, it must also widen its field of vision to generate longer-term benefits. In particular, it should be looking at the struggles of main rival Sainsbury’s, and try to leverage its difficulties to pickpocket customers that have become disillusioned and are looking for a change.’’

“Dave Lewis deserves a round of applause for what he’s achieved at Tesco. He took over a business that was reeling from the inroads made by Aldi and Lidl into the UK supermarket sector, and one of the first things on his plate was dealing with an accounting blunder.

“Five years down the road and the supermarket’s rebuilt profits and dividends, and gathered consistent sales momentum in its core UK business. Margins are much healthier and look set to meet Lewis margin target of around 4% in the coming financial year. That may be lower than the 6% of so enjoyed before 2013, but reflects the leaner pickings from the sector, thanks to the arrival of Aldi and Lidl.

“The Booker takeover raised some quizzical eyebrows, but it’s proved to be a nice little earner for Tesco, with the costs of integration coming in much lower than originally planned. Meanwhile a recently struck alliance with the French supermarket chain Carrefour will help amplify Tesco’s already considerable welly when it comes to negotiating prices with suppliers.

“There’s no place for resting on your laurels in the UK supermarket sector though. While the merger between Sainsbury’s and Asda looks like it’s been kicked into touch by the competition regulator, Aldi and Lidl are still expanding in the UK, and Tesco is now taking them on head to head with its new discount store chain, Jack’s. Meanwhile, lurking in the periphery is Amazon, which bought the grocery chain Whole Foods in 2017 and is trialling a delivery service in the UK. If the tech giant decided to throw its full weight into the UK grocery market, that would be a nasty blow for the UK supermarkets. Finally, of course, Brexit could yet throw a curveball at the UK retail sector.

“The good news for Tesco is it’s now in much better shape to deal with the challenges it faces.”

“Similar to the earnings miss from the Thai business last year investors should look through the 0.1% miss on short term like for like sales and focus on the bigger picture.

“The Tesco turnaround is in full swing and reaching their margin goals of 3.5-4% this year (with Booker this will be even better) looks very straightforward.

“The business has generated £8.6bn of retail operating cash flow in the past three years and the most exciting aspect of the financial position which Tesco now finds itself in is that: the pension is under control, debt levels are neutral and cash flow remains high.

“Over the next few years it is likely that Tesco will be one of the highest dividend payers in the FTSE and may even instigate a share buy back.

“Tesco is a shining example of modern stakeholder capitalism where customers, colleagues, suppliers and shareholders are all given equal priority in management strategy, to everyone’s long term benefit.”