Sainsbury's-Asda: does the CMA's reliance on GUPPI check out? 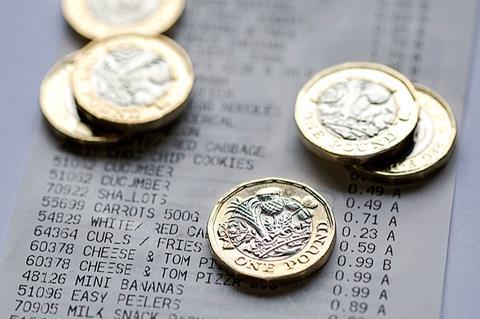 GUPPI seeks to value the business of customers switching between the parties’ stores. The higher the GUPPI figure then potentially the greater the merged firm’s incentives to increase prices

As has been widely reported, the CMA’s provisional findings suggest it is likely to prohibit the merger of Sainsbury’s and Asda, with this decision being heavily driven by a reliance on a technique known as the Gross Upward Pricing Pressure Index (GUPPI) to identify competition concerns.

By way of background, GUPPI seeks to value the business of customers switching between the parties’ stores. This primarily depends on the extent to which the parties win or lose business from one another as opposed to customers shopping elsewhere – known as a diversion ratio – and their gross profit margins. GUPPI is derived by multiplying diversion ratios, gross profit margins and the parties’ relative prices. The higher the GUPPI figure then potentially the greater the merged firms’ incentives to increase prices or otherwise worsen quality, range, or service.

In the present case, there are two factors driving the CMA’s provisional findings. First, the CMA has applied a GUPPI threshold of 2.5% in groceries and 1.5% in fuel. This is in effect an upward pricing pressure threshold of 1.5% in both areas, owing to the CMA’s acknowledgement of efficiencies of 1% in grocery retailing. This sets an unprecedented low threshold for intervention.

Perhaps the first point to make is that GUPPI will always be positive. This is because, by definition, rivals will win or lose business from one another (so diversion ratios will be positive) and firms generally only make sales if they generate positive gross margins. Accordingly, setting a GUPPI threshold of zero would prohibit all mergers.

Secondly, the CMA may have overstated GUPPI. In particular, to calculate GUPPI the CMA has applied a weighted share of shops (WSS) methodology to estimate diversion ratios across the bulk of the parties’ store portfolios. However this is, at best, an approximation of what consumers would do in practice. Moreover, the CMA has relied exclusively on GUPPI to identify local competition problems without considering the reality of local competitive conditions in the affected areas. For example, diversion between Asda and Sainsbury’s would be affected if Tesco had a store in between the parties’ stores, but the WSS methodology cannot capture this, let alone the dynamics of growing competition from other retailers in the UK’s exceptionally well-served grocery market, from discounters to symbol stores.

Opinion: With the writing on the wall for Sainsda, what now?

If the CMA’s provisional decision stands, this will have far-reaching consequences. In particular, in the grocery sector, it is difficult to envisage how supermarkets can buy or sell stores to rivals unless there are a large number of other local rivals in the areas affected, or they are not active at all in these local areas.

Moreover, the CMA was willing to accept that the Sainsbury’s-Asda merger would generate groceries synergies – albeit to a lesser extent than the parties’ own forecasts. Absent this ‘credit’ for efficiencies, the CMA would have set a GUPPI for groceries of only 1.5%. This suggests that even small-scale transactions with limited synergies will also subsequently be viewed as problematic.

More generally, if this threshold for intervention were to be applied consistently in future retailer and/or wholesaler mergers, it would create a particularly hard bar to overcome. At a time when many retailers are facing challenging competitive conditions and achieving merger synergies may be key to their ultimate survival, this is indeed a precedent with potentially far-reaching implications.