Too big to thrive? Why the new Sainsbury's-Asda must heed the lessons of Tesco 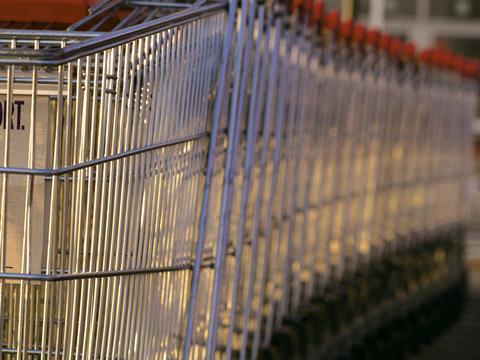 Tesco’s tarnished image was one of the reasons it became the primary victim of the rise of the discounters, argues John Buchanan

It’s not over until Mike Coupe sings. The Sainsbury’s chief executive’s unguarded ‘We’re in the Money’ moment may have been met with widespread mirth but, with his company’s share price up 15% after news broke of the proposed merger with Asda, his immediate response was not too far off the mark.

In the days and weeks since the prospect of the UK’s second- and third-largest supermarket chains joining forces was raised, much talk has revolved around the here and now. What does this mean in the immediate term? Will stores have to close with jobs lost? Is this good or bad news for consumers, or suppliers, or shareholders? Will the deal even be passed by the Competition & Markets Authority?

At face value, we may have a new colossus on our high streets. Sainsbury’s-Asda would have a combined market share of 31%, overtaking current goliath Tesco. The deal appears to be a direct response to the growing impact that low-price rivals like Lidl and Aldi are having on the market, with one of the publicly touted benefits of the merger being a 10% drop in prices.

However, it should also be considered that the likelihood is that by combining, the total number of Sainsbury’s-Asda outlets will drop. Early estimates suggest around 73 stores nationwide will have to close as either/or choices are made in certain areas - all of which would could, in fact, result in an increase in Lidl and Aldi’s market share.

In depth: What we know about the Sainsbury’s-Asda merger and what it means

The spectre that looms largest, of course, is that of Tesco, which assumed the mantle of Britain’s biggest food retailer decades ago but is now set to be surpassed. It may well be thinking ‘be careful what you wish for’.

Tesco’s main problem was adverse publicity, though the chain did not help itself in this regard. Its huge size, endless diversification, land banking and ruthless squeezing of suppliers ended up tarnishing the brand and muddling the company’s focus.

That tarnished image was one of the reasons Tesco became the primary victim of the rise of the discounters. In 2014 Tesco’s sales collapsed, falling faster than any other retailer’s, and it is only now steadying the ship.

The reality is that, for all the promise of price reductions for the consumer - which will, of course, be pricking the ears of concerned suppliers - Sainsbury’s-Asda is never going to be able to compete with the discount supermarkets. Its primary competition is very much still Tesco.

As such, Coupe and his team will be poring over the history books to avoid the ‘too big for their boots’ image that Tesco complacently allowed to develop.

A big difference, however, is that Tesco’s growth and success was, with the exception of the recent acquisition of Booker, organic. To expand by acquisition, as Sainsbury’s-Asda is doing, has an immediate impact but requires the successful integration of the two company’s systems and cultures, which may take time to get right. We need only look back to the past decade and Morrisons’ takeover of Safeway to see how protracted and difficult this kind of merger can be, and that was on a far smaller scale to what is currently on the table.

The danger in looking too determinedly at the past, though, is that you might forget to keep an eye on the future. In Sainsbury’s keen desire to topple Tesco, as well as tackle the ongoing threat of the discount chains, it must remain aware of how the retail market is changing.

That online shopping has affected the market is old news, but there is growing expectation that global retail giant Amazon will start to flex its muscles even more in the food industry. Sainsbury’s-Asda may argue the merger will put them in a better position to compete, but the merged company will have a huge base of large supermarkets during a trend for smaller stores.

The key factors for consumers now are convenience and speed as much as price, with everything from music to television shows to media expected to be available on demand - and groceries look likely to follow the same model in the coming years.

Given the speed with which these landscapes can change, Sainsbury’s-Asda will have to be very wary - in learning from the past, it might find that by the time the post-merger integration is complete and attention shifts to the future, it is far behind the new curve.

The issue then will be how much more slowly a company of that size is able to adapt, and it risks being left behind in the future purely due to the scale of its own ambition in the present.