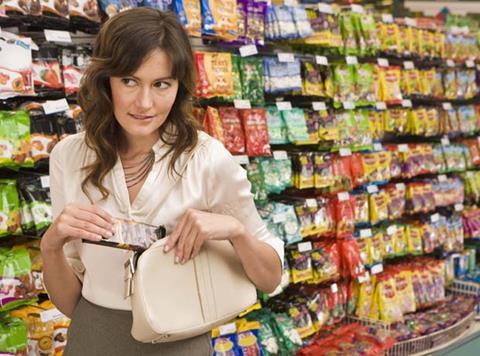 Crime costs each local shop £3,750 year, according to the latest ACS Crime Report.

Last year, the immediate effects of crime and dealing with the consequences cost an estimated £122m across the sector or £2,370 per store. On top of this, the average retailer invests £1,379 on crime prevention.

Costs are not only financial, with more than half of shop workers suffering verbal abuse and 10,000 shop workers injured in an attack.

“These figures should end once and for all the notion that shop theft is a victimless crime,” said ACS chief executive James Lowman.

“Theft hurts local shop owners, thwarts investment in other areas of their business, and ultimately costs jobs. We need to see criminals who commit offences against retailers receiving tougher penalties, which means the police taking cases to court, and magistrates giving effective sentences based on the full impact of these crimes.”

The report found alcohol, meat and confectionery were the most commonly stolen items, and the average staff theft costs retailers £1,686, suggesting workers commit the crime repeatedly over a long period.

“These crimes can have a significant impact on the shops affected, both in terms of the immediate effects and in dealing with the consequences,” said minister for preventing abuse, exploitation and crime, Karen Bradley.

“We are working closely with the ACS through the National Retail Crime Steering Group, which I am pleased to co-chair. The group brings retailers together with senior police officers and ministers to identify current and emerging problems and shape the response.”