Nestlé is right to attempt turnaround at a measured pace 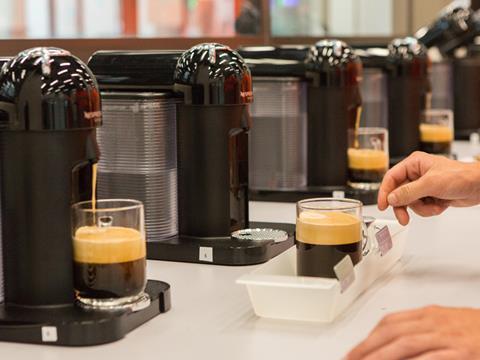 In its largest category, coffee, Nestlé has built its portfolio entirely organically

Activist and Third Point hedge fund boss Dan Loeb’s pursuit of Nestlé is stepping up a gear following his obvious frustration with the company’s slow pace of change and weak share price performance.

The central problem he cites is “a muddled strategic approach and a lack of urgency about the rapid changes in consumer behaviour that threatens its future”. Strong words, but with just a 1.5% stake his power is limited to mostly ‘noise’ or in this case letters. It might carry more weight if Third Point owned 5%-plus.

That’s not to say some of his points aren’t valid. Nestlé did bend last year following Loeb’s initial stake building, with the announcement of a CHF20bn buyback (£15.2bn), a 2020 margin target and a mid single-digit organic growth target. It suited new Nestlé CEO Ulf Mark Schneider to give those targets then, but less so now, as the direction of travel has been set. Simplifying to three reporting lines of beverages, nutrition and grocery might look good on a PowerPoint presentation, but is much less easy to deliver in practice.

Read more: What does the Nestlé-Starbucks deal mean for the world of coffee?

There is always a case to ‘go faster’ and arguably Nestlé’s head was in the sand in the past. Schneider has urgency and ‘gets it’, though he will deliver in his own measured and thoughtful way. Nobody said turning this supertanker would be quick. Going faster and making mistakes would be a big setback.

Therefore it would not be wise at this juncture to set even higher targets, when the current targets are already stretching. Nestlé’s response to the Third Point letter was measured, thanking him for his input, but also listing its achievements in the past 18 months. Nestlé would have been within its rights not to have responded at all.

Where I agree with Third Point is that Nestlé might struggle to achieve mid single-digit growth by 2020 with the current portfolio. Loeb suggested up to 15% of the portfolio should be disposed, including confectionery and frozen as they don’t fit with Nestlé’s ‘wellness’ credentials, but this would be a volte-face from Schneider who has been clear they are core.

Instead, Schneider has said 10% of the portfolio will be rotated, and following the $7bn Starbucks retail acquisition it is halfway there. Portfolio change is only one element of the topline turnaround. The other elements are fixing underperformers but also investing more into its four key categories of petcare, coffee, water and infant formula.

It was interesting to see some of the names on Third Point’s M&A ‘wish list’ chart - Nutricia, owned by Danone, Abbot’s Similac infant formula brand and Colgate’s pet business Hill’s. All very big and not obviously available, which supports the view that significant capital would be required to advance Loeb’s agenda.

More from Warren Ackerman: Why prestige is driving skincare growth in global HPC

In its largest category, coffee, Nestlé has built its portfolio entirely organically, but in the past year alone has done three coffee deals. With Nestlé’s returns at 11% and much lower than peers, spending billions on big deals would only dilute returns further.

This is why Schneider’s measured approach makes sense and he should be given the time and space to deliver. The best tonic to activists is getting the share price up and keeping it up.