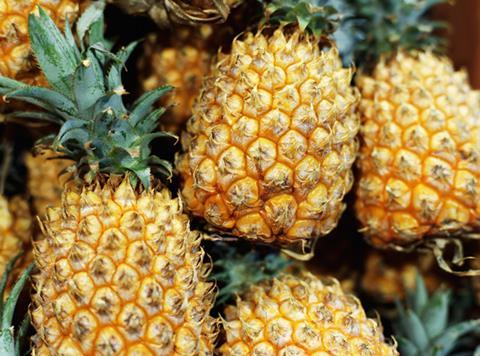 Costa Rica has launched a new strategy to increase the diversity and volume of its food exports to the UK.

Procomer, the organisation that promotes Costa Rican goods across the world, intends to expand the country’s exports to the UK by the second half of the year.

A marketing campaign for the Essential Costa Rica brand will include social media activity, and adverts on the London Underground and in airports which will feature Costa Rica and its produce.

Procomer is also in negotiations with retailers about holding Costa Rica-themed marketing weeks, and having specific Costa Rica sections in stores to promote the produce. It also wants to diversify Costa Rican produce offered in UK supermarkets from mainly bananas and pineapples to include ten other fruit and veg products, including rambutan, mangosteen and golden berry.

“We see the UK as our main market,” said Procomer MD Pedro Beirute. “We’re known here for bananas and pineapple, but we want to be more aggressive with the diversity of our offer.

“We see potential because there is international demand and interest from consumers around the world. Some of them are known here in the UK, some of them not. But we think they may be relevant to the market.”

Last year, the country exported $2.7bn (£2.1bn) in agricultural products, which made up 27% of the country’s total exports, according to data from Procomer.

The new export strategy follows the opening of direct flights between Costa Rica and Gatwick, which Beirute believes will “fuel demand” for Costa Rican produce in the UK through increased tourism.

Beirute also called Brexit an “opportunity” rather than an obstacle for Costa Rican exports.

“None of the fruit and vegetables produced in Costa Rica are produced in the UK, so we do not think there will be any obstacle for consumers in the UK to maintain their access to tropical fruits and vegetables,” he added. “These are not products in which we compete with local producers.”