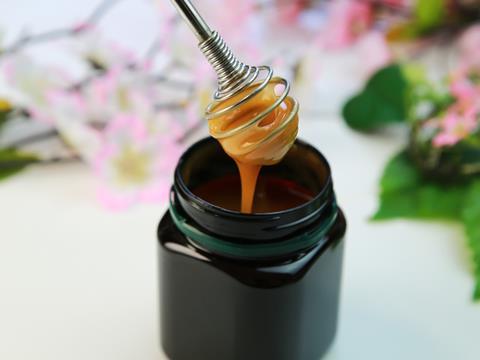 British shoppers will be able to buy manuka honey with more confidence next year, when the New Zealand government will impose tough new export restrictions to stop ‘fake’ pots from reaching the UK.

The Ministry for Primary Industries (MPI) has now finalised its ’scientifically robust’ definition for manuka honey, which is made up of a combination of four chemical markers from nectar and one DNA marker from manuka pollen, it confirmed today.

From 5 February 2018, all manuka honey for export from New Zealand will have to be tested and meet the new scientific definition before it can be sold overseas.

The MPI has also issued new export requirements to “strengthen traceability across the honey supply chain” in New Zealand.

Beekeepers in the country will have to register with the MPI and keep detailed records of the locations of their hives and they honey they produce. Exporters will have to provide “proper documentation” for each batch, including detailed information on where the honey comes from.

“We are confident that our definition and the resulting export requirements will give our overseas markets confidence in the authenticity of New Zealand manuka honey,” the MPI said. “We are also looking at options to apply the science definition to the domestic market.”

It comes as the term ‘Manuka Honey’ this week passed the initial examination phase towards becoming a certification mark in the UK, following an application by the Mānuka Honey Appellation Society, which represents most of the New Zealand industry.

The “landmark decision” by the UK trade mark registry meant the application could now be accepted for registration, with other market participants invited to comment, said UMFHA spokesman John Rawcliffe.

“This is a critical foundation stone, as we look to protect the term Mānuka as being intrinsically intertwined with New Zealand and positioning our important manuka honey industry in world markets.”

However, George Sevier, IP lawyer and principal associate for Gowling WLG, predicted that producers who make honey from the same plant outside of the UK would be likely to object to the registration.

“If the certification mark is granted in the UK, those producers, or producers who blend honey with non-New Zealand manuka varieties, will not be able to use the term ‘Manuka Honey’ in the UK.”

New Zealand began developing a robust scientific test for manuka honey in 2014, after an investigation by The Grocer revealed there was widespread mislabelling of manuka in the UK, with more of the “liquid gold” being sold globally than was being produced.

Lab tests conducted by Minerva Scientific on behalf of The Grocer found that only one out of seven randomly selected jars of manuka honey available in the UK contained significant levels of the unique non-peroxide activity, or NPA, which sets manuka aside from other honey types.

The UMFHA has also developed its own “fingerprinting test” for the premium honey in collaboration with UK-based lab Fera Science, which is used to guarantee all honey bearing the UF quality mark is geniune.