The EU fresh fruit and vegetables industry is one of the sectors that will be hit hardest by the Russian import ban. Cindy van Rijswick, fresh produce analyst at Rabobank Food and Agribusiness Research, looks at the implications for suppliers, retailers and consumers. 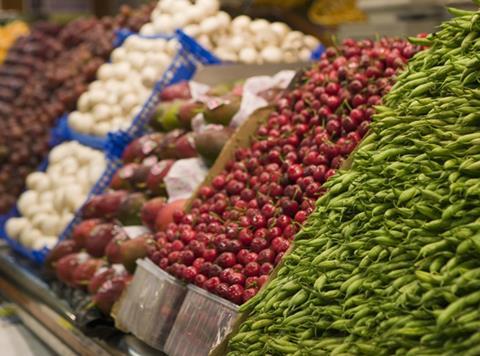 In 2013, EU exports of fresh fruits, nuts, vegetables and potatoes to Russia were worth €2bn. Total EU food and agriculture (F&A) exports were worth over €12bn. Although the share of Russia in EU’s total F&A exports is limited, certain countries and sectors are hit disproportionally. Among these are the dairy sector – especially cheese – and meat as well as fresh produce. These sectors cannot easily find alternative outlets for products with a generally short shelf life.

The EU countries most affected by the ban are countries with a strong export focus, such as Poland, the Netherlands, Spain and Greece. For specific products – such as apples from Poland and pears from the Netherlands and Belgium – Russia is a sizeable part of the market. For individual export businesses that are specialised in supplying the Russian market, the current ban is a disaster. These players lose an attractive market with high growth rates and generally higher gross margins compared to mature and highly competitive markets, such as the UK and Germany.

However, the impact of the ban is not limited to a few specialised businesses. The whole sector across Europe is affected. The year to date has already been characterised by oversupply of many types of fresh produce, mainly due to favourable weather. Prices of tomatoes, cucumbers, peaches and many other products have been low for a while already because of bumper crops. Furthermore, exports were already under pressure because of the political instability in Ukraine and Russia as well as the Middle East. If even more produce is now becoming available on the EU market as a result of the Russian import ban, the negative price spiral will worsen and will hit many in the fresh produce industry.

Even for the businesses selling products that are not on the list of banned products published by the Russian authorities – such as processors of vegetables and potatoes or exporters of cut flowers – the situation in Russia is disadvantageous. Indeed, it is not certain that the published list is actually a definitive list. In the current climate, it is a huge risk to send a truck of goods to the Russian border only to find out, by the time it arrives, that the ban has been extended to other products or having to deal with Russian border officials who interpret the ban differently.

But one man’s breath is another man’s death. For large buyers of produce in the EU, such as the leading food retail chains – and ultimately the consumer – the Russian situation could result in some very attractive low prices for fresh produce. And of course other countries will be jumping at the chance to take advantage of the situation. As Russia is far from self-sufficient, emerging fruit and vegetables export nations such as Serbia, Azerbaijan and Turkey may see opportunities to increase exports or to establish new relationships. The risk for EU producers, of course, is that these countries may be able to retain their positions even if the ban is lifted in the future.