We must respond to consumer hunger for transparency on food production 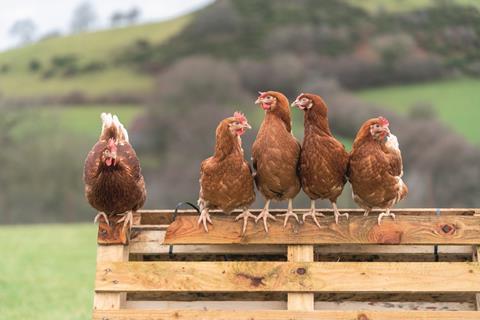 It is well-known that shoppers in the UK prefer to buy British. Given that British farmers are seen as producing food that meets and exceeds the very highest standards in the world, you can understand why.

However, while we’re told that consumers are more engaged than ever about the food they eat, scratch beneath the surface and they are still not fully informed about how food gets from the farm to their plate. This is particularly relevant when it comes to meat and poultry products.

A recent survey conducted by YouGov showed that British shoppers are in the dark about farm animal welfare practices and the origins of their food. In the survey, 60% of people said that they thought animals were often kept in cages on farms, while 74% said they believed free-range systems were the most used by UK farmers.

In reality, while the majority of shoppers say farms have very high welfare standards, they do not have an understanding of what this means in practice.

Shoppers recognise this and want to be better informed. YouGov found that the majority (55%) of consumers supported the idea of labelling meat products to indicate how the animal had been raised and slaughtered.

At Lidl GB, our shopping data backs this up. Customers want more information on animal rearing conditions, with 61% of those we spoke to saying they wanted better transparency on rearing methods on supermarket shelves. Over half of the people (54%) we surveyed also said they would find labelling on how and where animals were reared very helpful.

Retailers have a responsibility to be more transparent about production methods, and the corresponding relationship these have to animal welfare.

In 2019 Lidl was the first retailer to introduce a method of production label on our fresh chicken range. This enabled customers to read about the conditions in which the animal was reared – and they fully embraced the scheme. Following the success of our trial last year, this month we will be rolling out the ‘welfare windows’ initiative to more meat and poultry products, including pork, duck, turkey and eggs.

As debate over the future of our food supply intensifies, food producers and manufacturers need to do what they can to promote British standards at home by being more transparent.

This means providing more consistent information about the conditions in which animals are reared, from indoor ‘intensive’ systems to outdoor ‘extensive’ systems.

It also means working closely with the third-party assurance schemes that our consumers have grown to recognise and trust, such as the Red Tractor and RSPCA Assured. By standing behind British production methods we are also standing behind leading welfare standards.

For supermarkets, long-term relationships with suppliers are key to championing British farming. Retailers need to work collaboratively with their supply partners to improve standards and introduce more creative ways to deliver supply chain transparency in a way that engages consumers.

There also needs to be meaningful action to inform and educate consumers. More needs to be done to allow and empower consumers to make informed choices about what they are purchasing, whatever their budget – including in-store communications, PoS and, in particular, labelling on products.

We recognise the method of production of our food, particularly animals, can be an emotive subject. It’s important to give consumers the right information and tools, in the right way, to help them make an informed decision. Not only because they demand it, but because greater awareness is pivotal to driving long-term sustainable growth within our precious food system.