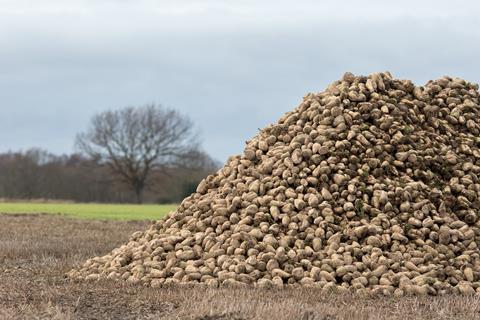 Sugar beet has gone from offering a sustainable return, to a crop that’s too risky to plant

I believe the home-grown sugar industry is facing the greatest threat in its 100-year history, and that threat is complacency.

Our industry has already had its fair share of ups and downs. Its creation was, in large part, due to Kaiser Wilhelm II. It was during the First World War, when imports of cane sugar were being torpedoed by his U-boats, that demand for home-grown sugar became acute. At its peak before nationalisation in the 1930s, there were 13 independent sugar beet processors across the country. It has been nationalised, then privatised, been a ‘managed market’ in the EU, liberalised and opened up to global competition in 2017 and is now having to get to grips with operating outside the EU.

Many of the 3,000 farmers who currently grow beet have done so for decades. The crop has been an important part of their arable rotation and provided a stable and reliable return. These growers are hugely experienced and for many years have produced high yields at low cost in a sustainable manner.

But all this has changed. Our growers now face significant yield losses due to disease, virus yellows in particular. Some growers have experienced yield losses of up to 80% this year. The contracts offered for sugar beet by British Sugar, a subsidiary of Associated British Foods, no longer recognise the risks of growing the crop. Growers are crunching the numbers, paying more attention to the unique wear and tear sugar beet causes on machinery and infrastructure and, when combined with greater uncertainty about yields, deciding not to grow it any longer.

In short, sugar beet has gone from offering a sustainable return, to a crop that’s too risky to plant. Farmers want to grow sugar beet but with the low prices being paid by British Sugar they simply can’t afford to take the risk.

We face a reality where the sugar beet area is shrinking in the UK. What does this mean for British Sugar? Will it be forced to import sugar to satisfy its customers’ needs? Will it lose market share?

The real irony is that with a buoyant sugar market, not only is British Sugar making good money on the sugar it sells (as witnessed by the £100m profit the AB Sugar division of ABF announced not long ago), but it could afford to pay growers properly and in return it would have more British-grown sugar to sell profitably. Everyone wins, so surely it’s a no-brainer.

It seems not. British Sugar’s ‘Beet Package Plus’ recently launched to our growers is nowhere near enough to stop many giving up sugar beet for good when their current contracts finish. This ‘support package’ clearly shows just how out of touch British Sugar is with the realities of grower sentiment. Sadly, I believe this is down to simple and long-standing complacency, borne out of the continuing lack of competition in the processing sector.

The grower base is contracting. Unless sugar beet gives growers a viable financial return once again, this contraction will accelerate to a level where the home-grown sugar industry is unviable. As a result, consumer choice will be reduced, with people potentially buying more imported sugar produced in ways that are illegal here. What has been a success story for farmers, the processor and the public will end. British Sugar must wake up to this reality.