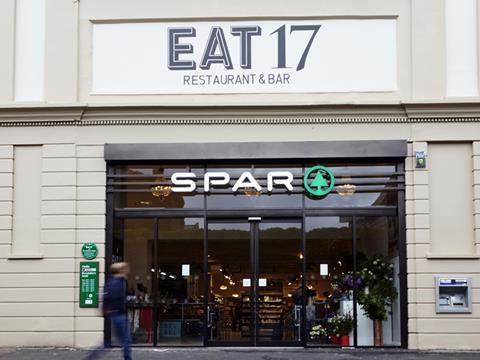 Spar retailer Eat 17 is planning to reopen a cinema above its Hackney store later this summer.

The retailer moved into the site of the former Castle Electric Cinema last year, more than 100 years after the Art Deco building originally opened in 1914.

“We want to create the ultimate boutique cinema experience and show films we can tie in with food and drink,” said Eat 17 co-founder James Brundle.

“Even at boutique cinemas the food doesn’t hit the mark, but Eat 17 is really well known for its food. So part of the experience could be going to the restaurant upstairs, having some food and drink and watching a film.”

Brundle said finishing the renovation of the 50-seat cinema would cost £45,000. “A lot has been done already, the site cost us a fortune. But the legwork has been done so we really only need the screen, the sound and the chairs.”

Food and drink suppliers were also eager to get involved as part of their marketing strategy.

“We were talking to a couple and they are really interested. We could run a commercial before the film or add them to flyers. And they can have the space when it’s not being used for events,” Brundle said.

Like Eat 17’s original store in Walthamstow, the Hackney store has earned a reputation as a foodie destination. Brundle said sales were flying.

“It’s been crazy, really great,” he said. “Everyone is talking about the Hackney store and the cinema will bring it up another league again.”