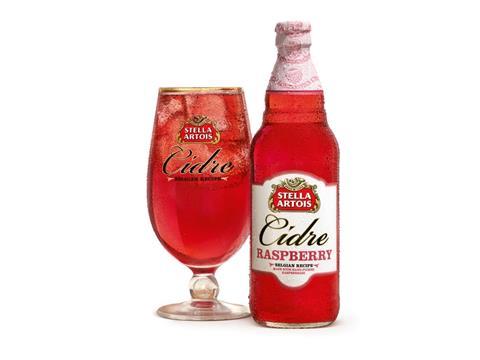 Stella Artois Cidre is being expanded with a raspberry variant.

The new line will be available in packs of four and eight 330ml bottles, which AB InBev expects to appeal more to females, as well as 500ml single bottles. The launch also sees a new look roll out across the brand.

Sales of Cidre are being driven by the pear-flavoured variant, which was launched in 2012 and has grown 47% by value year-on-year, while sales of the original apple have fallen 7%. Overall value sales are down 1% to £66m [Nielsen 52 w/e 31 December 2013].

AB InBev also announced apple Cidre would be available on draught from this month, initially through “premium on-trade outlets”.