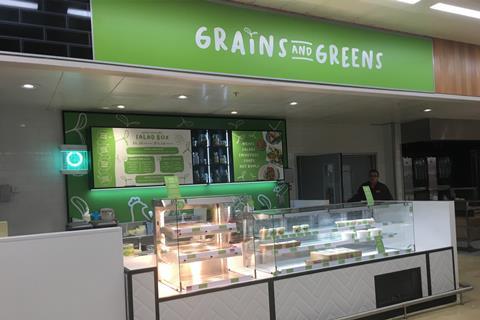 Sainsbury’s has introduced two new food-to-go counters across five stores in partnership with the Restaurant Group.

The Middle Eastern-inspired Mezze Box concession, meanwhile, was introduced at its Richmond, South West London and Walton-On-Thames branches, with another counter due to open at its Clapham Common, South London store by the end of March.

Both concessions offer customisable options, and prices range from £1.50 for snacking pots to between £5 and £7 for main meals.

Sainsbury’s said all the counters have been implemented on a trial basis.