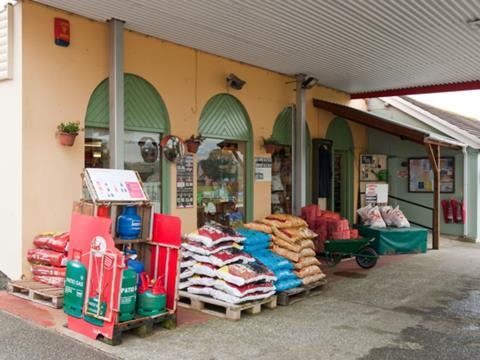 One of the hardest sells for retailers is outdoor goods. From BBQ charcoal to growbags and coal, sales of these items are typically slow moving and often depend on factors like sun and snow, which are outside the retailer’s control.

What’s more, they take up a lot of space, and if things don’t go as planned, that could well end up being dead space. That’s why so many retailers don’t even bother - as this month’s Business Barometer shows. A whopping 78% of indie retailers questioned don’t sell outdoor items. The majority say that’s because these goods take up too much space and aren’t worth the time and effort.

However, there are reasons to give it a go. As Gordon Miller, the MD of High Noon Stores and winner of the Independent Retail Chain of the Year gong at The Grocer Golds, points out: “It’s do-able and it’s well worth doing if you can do it right because of the high margins.”

So what’s the secret of success when it comes to selling outdoor goods?

First, you need to ruthlessly rotate the range you stock. “This is a very seasonal area,” says Paul Delves, MD of independent chain Harry Tuffins. “In the summer, you might sell growbags and BBQ charcoal, whereas in the winter you might sell house coal and Christmas trees.”

Even then, the unpredictability of the weather makes it difficult to accurately forecast sales, even for old hands like Delves, which means that you have to be prepared to take a hit on overstocks - and to wait for the next opportunity, which might be a year away, to make the sale.

“You might end up carrying the same paddling pools for three years,” he says. “Sometimes you have a good year, so you buy lots the following year, and then you sell nothing all summer due to the weather. I think we bought 2,000 sledges in September last year and we’ve probably still got 1,800 left because we never really sold any in the winter. But the good thing is that products like this never go out of date - unless people stop sledging.”

There are, however, ways to mitigate the overstocks issue. “You need to find a supplier who will offer sale or return on as many items as possible - particularly items such as outdoor toys for the summer,” says Miller. “There’s nothing worse than having lots of water pistols in the middle of the winter.”

Another good way of reducing overstocks is to make sure you’ve got your merchandising right. Miller admits that merchandising outdoor items can be a complete “nightmare”.

“The key to selling them is making sure that you have a strong display,” he says. “You need to push these items, change things around as often as possible, and keep it looking fresh. There’s nothing worse than having sunglasses and sledges covered in dust and rammed in a corner somewhere.”

Although they’re generally slow moving items, you can shift them more quickly if you react swiftly and smartly to actual or forecast changes in the weather. “If it starts snowing, then you should stick a pallet of sledges by the door so that people can see them,” says Delves. The same rule of thumb obviously applies to BBQ-related items when there’s a heatwave.

It’s pretty basic stuff when you think about it, but it’s vitally important to get the basics right -and if you don’t you could end up with costly dead space in-store.

“Everyone should have a go at doing it, but you have to stick to the basics with non-food,” says Delves. “You’ll always sell coal, compost and BBQ charcoal so don’t over-complicate things and you won’t go far wrong.” 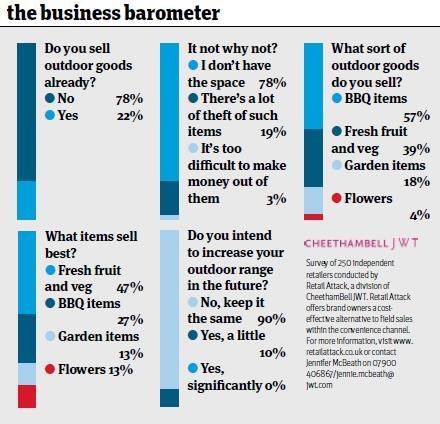