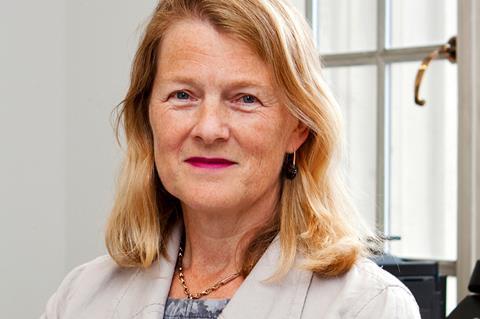 News broken by The Grocer that suppliers are taking longer on payments than supermarkets shows the significant progress that regulated retailers have made under the Groceries Supply Code of Practice.

The Grocer’s analysis makes fascinating reading, demonstrating that a number of the major names we see on supermarket shelves are taking over 60 days to pay their suppliers.

On top of that companies such as AB InBev, Britvic, Heinz and Weetabix are paying at least 15% of their invoices outside agreed terms, scrutiny of six months’ data reveals. Another big brand – Hovis – paid only 17% of invoices within the terms agreed with its suppliers.

Even though The Grocer figures are taken from the Duty to Report information and include goods not for resale (not covered by the code), the picture is very much better with the retailers I regulate. Not only have the retailers taken steps to stop delaying payments to groceries suppliers as the code requires, they are also speeding up payments to many suppliers, particularly small ones.

My work with the regulated retailers has put the spotlight on changes needed to bring greater fairness to those companies that supply them, particularly speedy resolution of any payment issues. A delay is not as simple as paying a supplier after the date they were expecting payment; it includes instances where a supplier may not have been paid in full, because of an alleged delivery shortfall or mismatch on price, for example.

A major turning point in bringing about change was my investigation into Tesco and the subsequent recommendations I made, which set the standard for all regulated retailers. As a result of those recommendations, the retailers now give their suppliers notice of any proposed deductions and an opportunity to challenge and stop the deduction until it is agreed. Additionally, they have also each set up a single point of contact for suppliers to have a ‘finance to finance’ conversation to resolve invoice disputes without involving commercial teams and putting a strain on trading relationships.

Not everything is perfect and I continue to encourage suppliers to speak up to me where they have had payments delayed. But I am currently analysing the results of my latest sector survey and suppliers continue to report falling concern on the issue. YouGov will release the results of that survey on 24 June at my annual conference and I welcome readers of The Grocer to join me there. Register at www.gov.uk/gca.

I took the GCA job because I wanted to make a difference for suppliers and help the sector become more efficient. The regulated retailers have made great progress, as proven by the annual sector survey, and they have told me that being code compliant has improved their internal efficiency. I am pleased that the CMA designated two new retailers last November and hope that they will continue to identify other retailers so there is a level playing field across competing retailers. The most frequent issue now raised by suppliers is about non-regulated groceries retailers who they say are not operating to the same standards as the regulated retailers.

It would be good if others up the supply chain learned from the improved performance by the retailers and sharpened up their practices. At a time of challenge for the UK, an efficient supply chain would provide a significant and welcome boost.