Supermarkets have a tough choice to make this Christmas 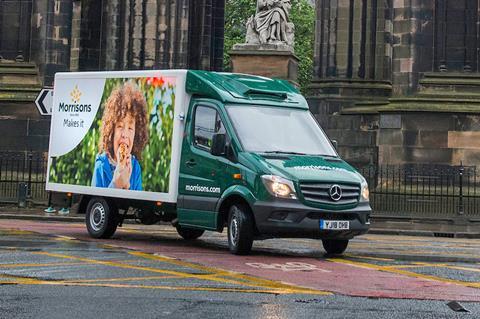 It’s going to be a Christmas unlike anything we’ve seen before. It remains to be announced whether lockdown will be lifted come December 2 and some sort of normality will return – or, for the sceptics among us (much like myself), a complicated tiered system is expected to ensue, causing more chaos and confusion than we’ve seen throughout the year as we enter what is for the majority of retailers, brands and shoppers, the most important time of the year.

So how will grocery retailers win this Christmas?

If lockdown measures are extended further into December, an array of complicated scenarios may arise. On one hand, both the impending fear of contracting Covid and the dread of queuing/overcrowded malls may just mean an even larger number of shoppers will be entirely dependent on online grocery. A channel which we know is already at capacity. Asda and Tesco are currently the only retailers to have released delivery slots, with the rest to follow shortly. A quick skim of their sites reveals delivery slots for 24 December are in fact already booked out, with ‘sold out’ slots taking up a majority of 23 December.

Typically, the most popular day for Christmas grocery shopping is the Saturday before the big day, which this year is 19 December. But this is merely based on the assumption shoppers will be heading into stores for their festive feasts, an assumption which this year is unlikely to materialise. Retailers such as M&S, Tesco and Sainsbury’s are already prompting shoppers to “get in early” and “start booking slots soon”, but with the rate at which slots are already selling out, we may just find a great deal of the UK in a sticky situation for this year’s shop. So how can retailers win this Christmas while also behaving in an ethical and responsible manner?

Rightly so, retailers are prioritizing key workers and vulnerable shoppers. Morrisons even takes phone calls from isolating, at-risk or elderly shoppers, who can read out their shopping list via the telephone and have a Morrisons employee collect and deliver it to them the next day. Similarly, many other retailers have allocated specific hours for key workers or at-risk shoppers. However, the rest of us are left scrambling to either book delivery slots weeks in advance or brace the lengthy queues and limited stock options in store. The situation begs an interesting question: what is the balance between doing the right thing for the brand, and the best thing for the business?

Winning at Christmas in the traditional sense centres around who can make the most money, shift the most product and fill the most stomachs. While schemes such as Morrisons’ gain brand loyalty and build equity, they risk the diversion of resource away from high-value and long-term shoppers, who will shop more frequently, spend more and do so over a far longer period of time. The longer customers are shut out from their preferred retailer, the larger the opportunity for their competitors to win share of wallet becomes.

Ethically, I’m comforted by the fact my retailer is doing the right thing. But doing the right thing isn’t quite as comforting when chances are I won’t be able to secure a Christmas delivery slot. One thing’s for sure: while physically Christmas will look a lot different this year, the table might just be barely recognisable.