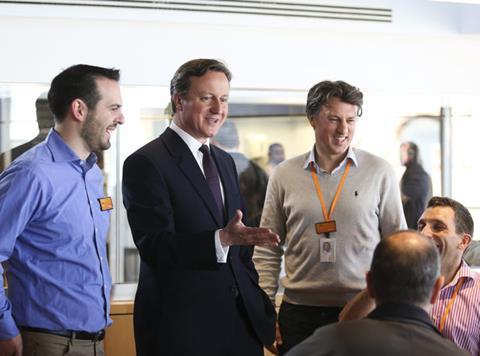 Is it just me, or is the government starting to sound a bit like a broken record over food and farming?

Speaking at the Royal Welsh Show today, David Cameron promised to “boost productivity and grow food and farming exports by more than £7bn”.

Which is all highly commendable. But he once again failed to give any details over how the government hopes to achieve that aim – particularly given the savage cuts to ministerial departments, including Defra, that have been mooted by George Osborne.

Cameron’s government has been banging a drum about exports since the coalition first came into power, but industry sources tell us the UK remains miles behind our neighbour Ireland when it comes to sending our food abroad.

Although we have seen some recent success with pork in China, the UK remains the 13th-largest exporter of cheese there – behind the likes of Singapore, Uruguay and, you’ve guessed it, Ireland.

And for all its noise over exports, the government is reportedly reluctant to send ministers out to emerging markets to take part in negotiations – something that has proved to be a real sticking point in Asia, where authority and status are extremely important for business deals.

As a result, negotiations are frequently taking much longer than they should.

Take the example of Russia - which lifted a ban on UK beef and lamb in 2012, but was still effectively closed to UK exports 18 months later, prompting industry leaders to complain that the government was not taking the situation seriously and urgently enough.

Of course, soon after that, Russia introduced its trade embargo on Western food imports, which brings me to my next point.

A focus on exports is important, but the government shouldn’t fall into the trap of becoming a one-trick pony and relying solely on exports to solve the challenges facing food and farming at home.

As recent events – such as the Russian ban and huge drop-off in dairy consumption in China – have demonstrated, emerging markets, while lucrative, are also very unstable.

Even relatively stable export markets such as the EU can become difficult for UK exporters – as we have seen with the problems caused by the strengthening of the pound against the euro.

The government needs to put just as much effort into the home market as it does into exports. Where are its bold ideas for what’s happening here in the UK?

Meat and dairy consumption are largely flat in this country, and we are still eating a lot of imports. So where are the great ideas to encourage Brits to tuck into more home-grown food? What is being done to really drive innovation? Where is the recognition of the industry’s efforts to tackle food fraud? Where is the drive towards a fair, risk-based regulatory system?

I sincerely hope Defra’s recently announced 25-year Food and Farming strategy will look beyond the government’s obsession with exports and address some of the issues we are facing closer to home.

Because let’s face it, sometimes when you stare into the distance, it’s easy to miss what is right in front of your face.