Has the debate on gene editing missed the question? 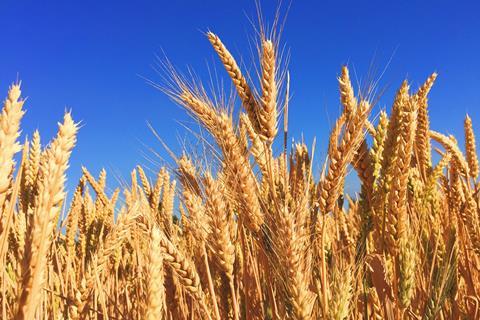 A recent amendment to the UK Agricultural Bill, tabled by the All-Party Parliamentary Group on Science and Technology in Agriculture and backed by a cohort of leading UK research institutes, proposed the acceptance of gene edited (GE) crops and livestock in UK agriculture – ultimately in UK produced food.

The basis of their case was that some gene editing approaches did not constitute a genetically modified organism (GMO) as defined under the Cartagena Protocol on Biosafety. The proposed amendment was rejected in the House of Lords, but not out-of-hand, with Lord Gardener stating a public consultation was to be held on the use of biotechnology in UK agriculture this autumn. A favourable stance on it had already been mooted by Michael Gove in the period when he was environment secretary, and by the prime minister.

The protagonists would highlight the critical nature of food security (in the UK and globally) and the catastrophic spectre of climate change. They would demonstrate how our science is ever-smarter and more able to deliver game-changing innovation, supporting productivity and sustainable ecosystems. They would recognise the technology as more precise, affording greater assurance on safety. They would point to the importance in maintaining the leadership of the UK in agricultural technology and how this has created intellectual property for UK plc and employment.

They might point to how many countries have a safe track record of GM cultivation and where others are already commercially exploiting GE in agriculture. Our moral compass would be pricked on how the position taken by the UK has had ramifications for Africa in, arguably, holding back new technology that would otherwise deliver major benefit among communities that need it most. Altogether far more compelling than a point of difference over the definition of a GMO!

Yet such a narrative overlooks the fundamental outcome of the last UK GM debate – the outcome of which has prevailed for the past 20 years. That debate, encompassing a cropping systems trial, scientific peer review and a public consultation, demonstrated the overriding nature of ethics over scientific evidence and the right of the public to retain a choice over buying GM and non-GM food. From cultivation through to food on the shelf, the importance of this ethical choice proved critical in the UK government’s setting of the agronomic practice of co-existence in cultivation (between GM, conventional and organic systems) and GM food labelling – and, ultimately, the un-economic viability of GM crops and food in the UK.

Indeed, now may not be the time to sit on our hands in delivering game-changing innovation to UK and global food production, but it will likely remain the case – if GE or GMOs are to be part of that future – that the ethics of consumer choice will prevail. It is a paradox of the specific nature of the gene editing approach advocated by the APPG that the GE events cannot be detected in crops, the environment or in food as is the case for GMOs.

Thus, as we stand today, to maintain a choice of buying non-GE food can only be achieved by farm stewardship practices and supply chain integrity. As we approach Brexit and rise to the opportunity this presents, we should be cognisant that the EU has high standards on agriculture, food and the environment, not despite the UK, but because of the UK’s leadership in these areas. As the UK government progresses its Agricultural Bill and National Food Strategy, the importance of standards, food provenance and environmental sustainability will remain centre stage.