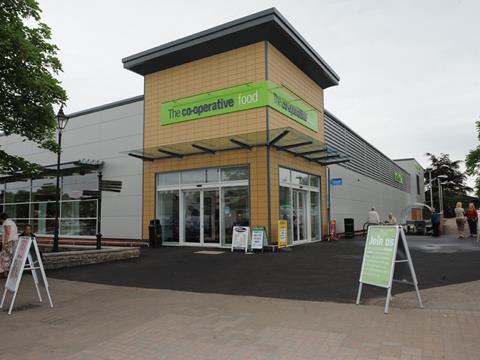 The Co-operative Group is facing a rebellion from its independent societies after the president of Midcounties Co-op threatened to vote against Lord Myner’s proposed reforms to the Group.

The Midcounties board voted not to support proposals drawn up by Lord Myners at a meeting last night, The Guardian reported.

Micounties president Patrick Gray told the BBC this morning it would only support negotiated reform: “We don’t want to be pushed into a corner and told either you accept this or nothing. We think that Lord Myners if, as we understand appears likely, puts forward a menu on a take-it or-leave-it basis, we will vote to reject it.”

Gray admitted the current structure of The Co-operative Group was “arcane and Byzantine” and needed to be made much simpler. But he added: “It’s very important that ordinary people can be represented and can be elected onto the board by others.

“Our understanding is that most of the independent societies are as deeply concerned as we are. We all support reform but we want it to be done in a measured way.”

Former M&S chairman Lord Myners was appointed in December to lead a review of The Co-operative Group’s governance after a huge deficit was uncovered at The Co-operative Bank, and the Bank’s former chair Paul Flowers was mired in a police investigation.

In an interim report in March, Myners was heavily critical of the Group’s structure, and laid out 10 key recommendations on how it should reorganise itself. These included the creation of a group board made up of an independent chair, six to seven non-execs and two executive directors; a new National Membership Council of around 100 people and 20 staff; and for the CEOs of independent co-op societies to cease to sit on the group board.

The recommendations will be put a vote at the society’s AGM in May.

”Our Board has unanimously agreed that if Lord Myners, as expected, presents proposals which fail to reflect representative democracy or the interests of the independent societies, then it will vote against them.”

Midcounties Co-op is the largest co-operative in the UK with turnover of more than £1bn. It employs 10,000 people and operates primarily across the Midlands.

The Co-op Bank has delayed publication of its 2013 accounts until this Friday, while The Co-op Group is expected to report record-breaking losses next week.