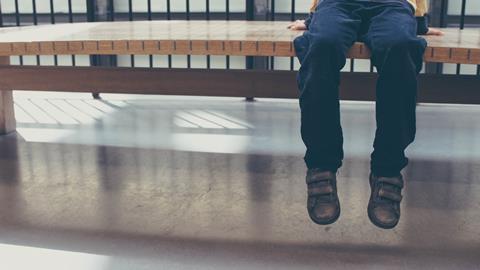 Could child food poverty inaction be the final straw for Boris Johnson?

Danny Dyer became the latest celebrity to take a pop at Boris Johnson’s government this morning. Bemoaning confusing coronavirus rules on BBC Breakfast, the actor said: “We must learn now that the people who went to Eton can’t run this country.”

Sadly, Dyer wasn’t up for running for Parliament himself. He’s too busy filming EastEnders, darling. “Let’s just watch the government unravel themselves,” he suggested.

We might not have to wait long. Boris Johnson’s government has shown remarkable resilience in the face of some difficult moments this year. Like an MP admitting in Parliament that the UK was breaking international law by reneging on the EU withdrawal agreement, or the loss of 16,000 coronavirus cases from track & trace records. And let’s not even mention Barnard Castle.

But with the government now facing calls for Tier 3 restrictions to be extended across the country as coronavirus cases surge, things are only going to get more difficult for ministers. Tough decisions will have to be made on whether to enforce more widespread closures of pubs, restaurants and cafés – which would plunge the economy into further chaos and worsen the impending unemployment crisis.

And with the issue of child hunger now firmly on the agenda thanks to footballer Marcus Rashford and the food industry, the government won’t be able to dodge the consequences of that crisis.

Indeed, the row over child hunger has continued to dominate headlines this week, with council leaders, education unions, doctors, sports personalities, Labour MPs, the Bishop of Durham, Nigella Lawson and even some Tory MPs among those that have spoken out.

Food Strategy author Henry Dimbleby yesterday urged the government to “act immediately” to tackle child hunger, claiming one in seven families in the UK were already struggling to get hold of enough food. “The problem is real and it’s immediate and it’s going to get worse as the employment situation gets worse,” he warned.

With Rashford’s petition to Parliament reaching the million-signature mark, the issue is threatening to become a source of international embarrassment. Newspapers in Australia reported on Johnson’s recent admission that child hunger is, indeed, a bit of a problem in the UK, while Time magazine recently ran the story titled ‘The UK Is Facing a Child Hunger Crisis. A Sports Star Won’t Wait for the Government to Act’.

The food industry has stepped up to help provide meals to disadvantaged families over the half-term break – alongside churches, councils and charities. But, as The Grocer’s news editor Ronan Hegarty pointed out last week, it shouldn’t be up to industry and the community to ensure people have access to food – a basic human right. That’s the state’s job.

Tweets from Conservative MPs suggesting parents could feed their families if only they were a bit more organised, or creative in the kitchen, have done little to calm the situation – only serving to back up claims they are out of touch with the reality faced by millions of people living in the UK.

Having faced intense criticism over the issue, the PM is now reportedly poised to implement key sections from Dimbleby’s report, which called for the government to extend its Holiday Activities and Food programme nationwide, as well expanding free school meals to cover every child from a household on Universal Credit and increasing the value of Healthy Start vouchers to £4.25 per week.

Doing so might help Johnson bounce back from the criticism levelled at his government in recent weeks. But it might be too little, too late to win back the trust of those he’s disappointed with inaction on child food poverty – including the industry that’s stepped in to fill the void.