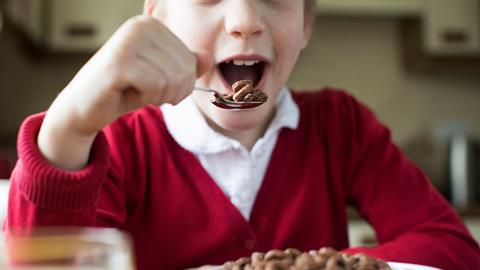 Culling cartoon animals is no panacea for the sugary cereal problem

It's not often a business is commended for culling animals. Yet Lidl's decision this week to kill off a range of furry friends – including a penguin, a lion and a (not so furry) alligator – has received overwhelmingly positive press coverage. So much so that Asda has followed suit with a cull of its own.

Before you get alarmed, these aren't real animals  – rather, we're talking about the cartoons on packs of sugary children's cereals. And while it may be sad for the cutesy tigers and penguins that have adorned the cereal aisles for years, the move comes with the best of intentions.

Lidl said removing cartoon characters from its cereal packs by spring would “help parents tackle pester power in the supermarket aisles". According a study commissioned by the retailer, over half of parents believe cereal cartoons incite pestering from their children.

Asda had a similarly altruistic reason for axing cartoons in favour of plainer packs, which will hit shelves in February. "We understand retailers play a crucial role in helping customers make more informed choices in the supermarket aisles," says Beth Fowler, nutritionist at Asda.

It's undoubtedly a move in the right direction. Severe childhood obesity is at an all time-high in the UK, according to NHS figures published in October. So any moves to reduce consumption of high fat, salt and sugar foods, such as sugary cereals, must be applauded.

At the same time, this stops short of tackling the real issue. Because whatever is on the front of packs, it's what's in them that does the real damage. Children's cereals are still packed full of sugar. Research by Action On Sugar last February found almost 50% of cereals on the market still contain too much sugar (that's classed as 6.3g or more of sugar per 30g serving).

Granted, there has been some progress. In September, Public Health England reported an an 8.5% reduction in sugar across the cereals category from 2015 to 2018. And there have been some notable moves to make products healthier. Asda says it has reduced the sugar content of its cereals by more than a quarter in the past five years, while Kellogg’s has been reducing sugar across its portfolio, axing Ricicles and reducing the sugar in Coco Pops by 30%.

But until sugar levels come down substantially across the board, real change will be difficult to achieve. The lack of mascots may stop children being attracted to these cereals in the first place, and reduce some of the pester power. Once kids have tasted their favourite sugary cereal, though, it's hard to imagine them turning away from it simply because the loveable mascot has vanished.

Until that day of widespread sugar reduction, there is one way these mascots could be put to use. After all, it's not just about deterring children from unhealthy cereals – it's also about nudging them towards healthier choices. And what child could resist the power of a Multigrain Moose or Bran Flake Baboon?