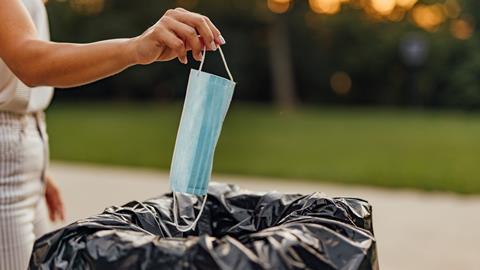 Happy freedom day, everyone. It’s certainly been a cause of celebration for nightclubs, who threw open their doors at midnight to thousands of clubbers ready to rave for the first time since last March.

Theatres, too, can finally reopen to the public today, while pubs can finally throw off the shackles of social distancing restrictions, allowing people to have a pint with their friends and family more easily. Something that’s set to encourage one in four Brits to visit the pub more often, according to a new survey by the British Beer & Pub Association (BBPA).

But the end of Covid restrictions doesn’t necessarily spell the end of trouble for hospitality. With the Delta variant continuing to spread at pace, there has been a huge surge in people being pinged by the NHS app. Last week alone, over 500,000 Brits were forced to self-isolate after being contacted by Test & Trace.

This so-called ‘pingdemic’ is already putting big pressure on workforces, with Greene King reportedly closing 33 pubs in the past week due to staff self-isolating. The end of mandatory mask-wearing and other social distancing measures is only set to heighten the problem.

To keep staff safe, some pubs are choosing to maintain or implement their own safety measures. But enforcing those rules is already proving challenging now official restrictions have ended. Take the landlord of The Murderers pub in Norwich, who has reportedly been bombarded with abuse after setting a ‘no jab, no entry’ policy for his pub to protect “our customers, staff, family and the wider community”.

Supermarkets are facing a similar conundrum. While most major retailers plan to continue encouraging customers and staff to wear masks, they’ll undoubtedly face a tougher time enforcing that rule now mandatory mask-wearing has ended - even though government guidance still recommends wearing them in busy places.

To make matters worse, self-isolation rules won’t be eased until 16 August – meaning staff coming into contact with Covid-19 still have to isolate for two weeks, even if they have been double vaccinated.

This gap between the end of social distancing rules and the easing of self-isolation rules is going to cause a “s*** show” for businesses, according to Richard Walker, MD of Iceland – which has already been forced to shut shops due to the ‘pingdemic’.

To avoid a workforce crisis, the BRC has called for the government to bring forward its plans to exempt people who have been double vaccinated from self-isolation if they come into close contact with someone that tests positive for Covid-19, even if they are contacted by Test & Trace.

But with the government already facing a backlash over the easing of restrictions and PM Boris Johnson, chancellor Rishi Sunak and health secretary Sajid Javid currently isolating after the latter (who had been double jabbed) tested positive for Covid-19, it’s hard to see them skipping ahead to the next phase of the roadmap.

Meanwhile, stock markets have also reacted to ‘freedom day’ with trepidation rather than jubilation as investors fear the government’s big gamble to release all shackles may be premature and could lead to a renewed lockdown in the months ahead.

The FTSE 100 – London’s index of leading shares – slumped more than 2% to lows not seen since early May as travel, leisure and hospitality stocks fell. In the grocery sector, shares that took a battering in the early days of the pandemic are down heavily again today, with WH Smith down more than 5% and Primark owner Associated British Foods, Marks & Spencer and Upper Crust operator SSP Group all tumbling more than 4%.

AJ Bell investment director Russ Mould says the UK stock market is certainly not in a celebrating mood. “There is no ticker tape parade, cheers from the rooftops or people dancing in the streets as ‘freedom day’ finally comes.

“Many of the stocks leading the UK stock market downwards are related to travel and leisure, suggesting investors are extremely worried we’ve lifted restrictions too soon and another lockdown could be a month or two around the corner.”

On the flip side, DTC shares were also in for a hammering as the markets fretted about the long-term viability of home delivery now all pandemic restrictions are gone. Parsley Box, which sends ambient ready meals to the over-60s, plunged 20% this morning after the group mentioned in a mostly positive trading update that growth had slowed recently as society reopened. Virgin Wines and Naked Wines were also carried down in the sell-off, falling more than 5% and almost 3% respectively.

All in all, it’s not been the glorious day of celebration the PM evisaged when he first announced the UK roadmap.

But maybe that’s not a bad thing. With any luck, this will all serve to remind Brits we aren’t out of the woods, and everyone needs to take responsibility for their own actions. Not least because of the ongoing threat to their own health and that of their families.

We might have our freedom, but the battle against the virus hasn’t been won yet.