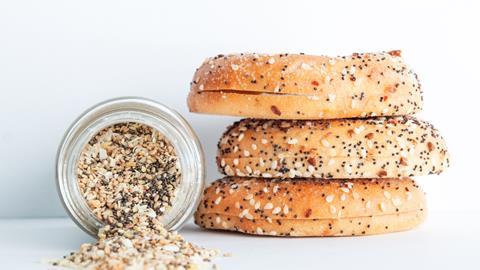 Natasha’s Law: with a month to go food businesses aren’t ready and it’s food allergy sufferers who will pay

But two years later, with just one month to go before full ingredient labelling becomes mandatory across pre-packed for direct sale (PPDS), many businesses remain unaware or unprepared for the new rules. And it’s threatening to put the very people it aimed to protect in danger.

Natasha’s Law, which was first announced in 2019, will affect supermarkets and convenience stores selling food to go, as well as sandwich shops, cafés and other businesses making food fresh on their own premises.

But despite the two-year implementation period, eight out of 10 business owners feel unprepared for the upcoming legislation change, a new survey by GS1 UK has revealed.

Even more worryingly, less than half of employees in small businesses have even heard of Natasha’s Law.

The survey echoes The Grocer’s own investigation into the issue, which found that while bigger chains and franchises expect to have full ingredient labelling in place by the October deadline, many small sandwich bars and cafés remain unaware or are underprepared.

While it’s all very concerning, it’s perhaps not surprising. Many of the businesses affected by the new rules have been closed for large parts of the past two years due to Covid lockdowns. “Everyone has been focusing on surviving rather than looking forward to things like allergen labelling,” British Sandwich Association director Jim Winship told The Grocer.

An FSA awareness campaign was delayed due to Covid, and while it has now made plenty of information available – as have organisations such as the British Sandwich Association – the reality is it’s hard to reach many of the smaller, independent businesses on British high streets.

What’s more, small businesses that are aware of the new rules are finding it extremely hard to implement them. Many buy products through local cash & carries, and can’t get up-to-date information, despite the efforts of the wholesale sector to improve the situation through technology.

The risk of businesses not meeting the deadline is huge. Consumers with serious allergies are likely to be aware of the upcoming legislation changes. What happens if they go and buy a sandwich from a shop assuming all ingredients are on the label, when in fact the business wasn’t even aware of the legal requirement and is still only putting some of the ingredients on pack?

The situation is made all the more desperate by the fact local authorities - who will be enforcing the new rules - are already very stretched due to budget cuts and the additional burden of Covid.

If more tragedy is to be avoided, the government needs to act – and fast. Perhaps ministers should consider grant funding to ensure local authorities have the resources needed to raise awareness on the ground and enforce the new rules effectively. They should also take heed of pleas from wholesalers to help establish a mandated central database of all food product allergen ingredients, which would help ensure retailers and caterers have access to a full set of allergen data to implement Natasha’s Law.

Otherwise, food labels will remain far from clear and consistent, and the country’s two million allergy sufferers will be more at risk than ever.