Flying saucers, a disappearing island and a clever riposte to Russia’s anti-gay laws – once again, The Grocer’s MAP Awards have highlighted the incredible breadth of creative inspiration in fmcg marketing. For the 2014 awards, 200 entrants competed in 22 categories, forcing our expert judges to make tough decisions. In the week the brains behind the winning entries enjoyed a celebratory lunch at Circus, Covent Garden, we reflect on what made their campaigns stand out 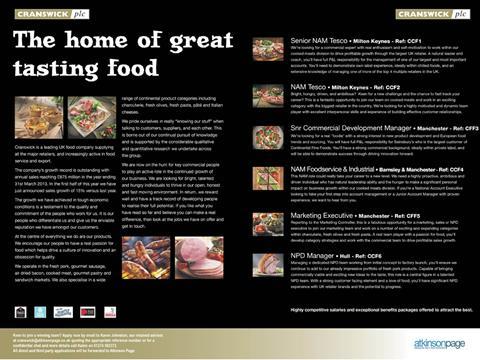 The Home of Great Tasting Food

Cranswick and Atkinson Page put together a wide-reaching campaign that spanned print and online. Their ad was innovative, moving away from the traditional people-led imagery in order to showcase the wide range of products and areas of food manufacturing Cranswick covers. The ad made clever use of product shots, bringing together elements from all of Cranswick’s various divisions. “The ad highlights the scope of Cranswick’s operation and also the multi-faceted roles they have on offer,” said one judge. “The candidate will have no doubt about the sort of company they could work for.” 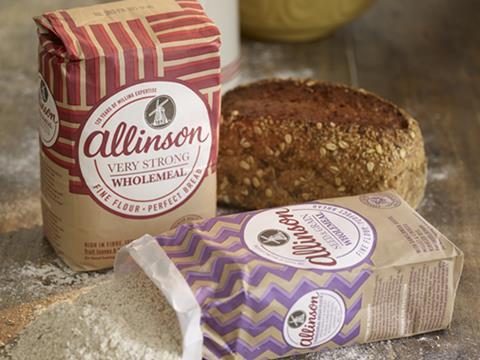 A Good Dusting Off

Family (and Friends) was asked to realign Allinson with what the typical baking consumer was looking for. These are people who bake for practicality as well as pleasure; and the design needed to be measured but also bold and striking. The new packaging is inspired by tea towels and kitchen equipment, with coloured, geometric designs. In what the judges said was a strong category, this campaign “brought colour and character to a humble commodity.” The rebrand has led to a 4.1% rise in volume sales, and a 10% boost to brand value. Family (and Friends) went on to repackage Allinson Bread. 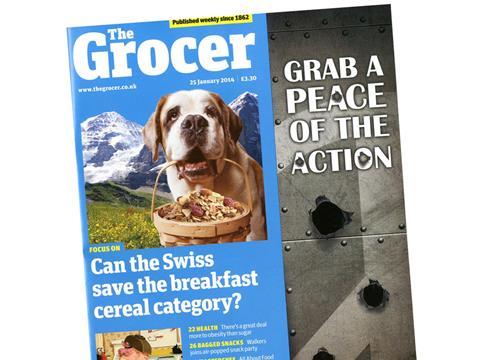 Clarion scheduled this trade media push in January, ahead of a consumer campaign launched in April. And the activity kicked off with an appearance in the industry’s premium advertising position: the front page of The Grocer. In an unprecedented innovation, Clarion created a scent-infused cover and supported the campaign with a leaderboard and background banner all week on thegrocer.co.uk. These were complemented by a disruptive “bullet hole” ad in the centre of a DPS, surrounded by editorial. Judges commended the “multi-sensory experience” of this varied marketing campaign.

You’re Not You When You’re Hungry (Easter)

AMV BBDO was tasked with giving Snickers the role of a hunger-busting snack. The campaign included TV ads featuring Joan Collins, which drove home the message being hungry puts your social relationships in jeopardy. In the print push, AMV BBDO chose to apply the idea again, wishing the public a ‘Merry Christmas’ in the run-up to Easter. Our judges said the campaign was immediate and simple, and it paid off: 94% of Snickers’ global value sales growth since the launch has come from markets running the You’re Not You When You’re Hungry campaign. 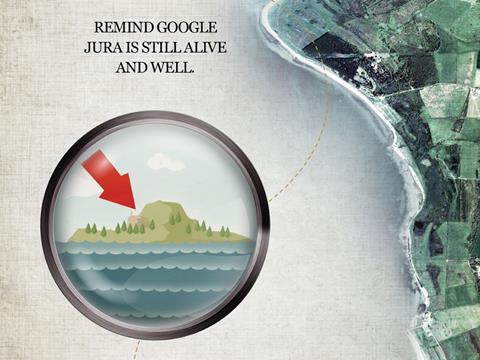 Holler pounced on an opportunity when a Twitter follower of Jura whisky noticed the island of Jura had disappeared from Google Maps. By midday, the brand started a campaign encouraging its followers to mark an x where Jura should be, and by 5pm it had received hundreds of returned maps. It led to an enthusiastic (and apologetic) response from Google, and massive media coverage. Awards chairman Louis Loizou, creative director at Ogilvy, gave the campaign his special accolade and described it as: “A witty and instantaneous reaction to Google’s blunder that gained great brand recognition for Jura for the cost of a case of the 16-year-old whisky.” 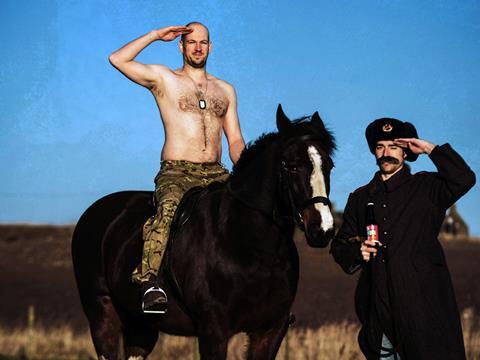 Hello My Name is Vladimir

Described by our judges as brave and bold, this campaign achieved seriously impressive results on a budget of just £4,500. Launched to coincide with the Sochi Winter Olympics , Brewdog beer ‘Hello My Name is Vladimir’ satirised Russia’s anti-gay laws by sarcastically describing itself as “not for gays,” which became a successful hashtag. BrewDog used the campaign to draw attention to its own political credentials, by donating 50% of profits to human rights charities – and it delivered cases of the beer to the Kremlin and the Russian embassy in London, generating highly sharable video and photo content. The campaign captured the imaginations of the press and public, resulting in 114 pieces of international coverage. 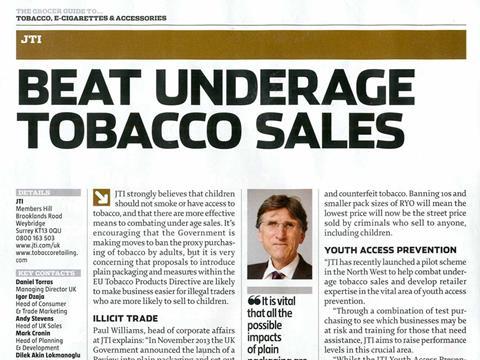 Our judges said this campaign for tobacco manufacturer JTI stood out from a strong category by tackling a challenging issue and delivering “tangible results in only six months.” The campaign promoted an initiative in which the company visited 2,500 stores in the North West, training retailers on keeping tobacco out of the hands of children. To encourage editorial coverage of the scheme, Clarion carried out research to demonstrate a serious knowledge gap among retailers, and set up a journalist visit to a retailer undertaking the training. The campaign generated 38 pieces of editorial in total. 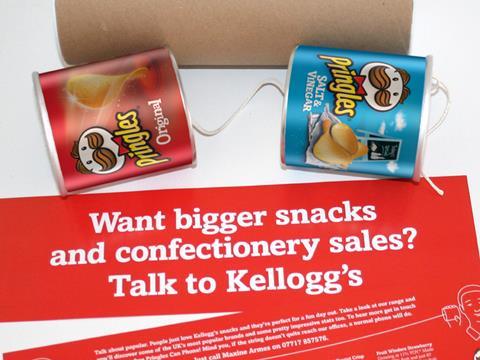 Kellogg’s wanted to increase distribution of Pringles within the UK’s top 100 recreational leisure sites, such as zoos and theme parks. Mercieca was tasked with producing something fun and engaging, within a budget of £5,000. The start point was to use existing assets that could be acquired quickly and cheaply – leading to an idea based on tin-can telephones, using 40g Pringles cans supplied by Kellogg’s. These were sent to 125 contacts, with a leaflet outlining the brands Kellogg’s wanted to push in the channel. Judges called the campaign a “fun and effective idea” that was “tactile and relevant.” 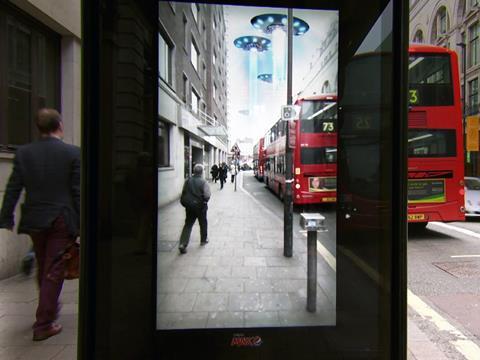 Pepsi needed something distinctive that would provide stories for its 18 to 24-year-old target consumers to share with friends. AMV BBDO devised a media first: an augmented reality bus shelter, where a panel-sized HD screen gave the impression of a clear window into the street. It pranked commuters by adding 3D animations to depict “unbelievable” things such as alien invasions and giant robot attacks, then posted people’s reactions on YouTube. The push contributed to a double-figure increase in sales. Our judges called it “a great example of AR used correctly.” 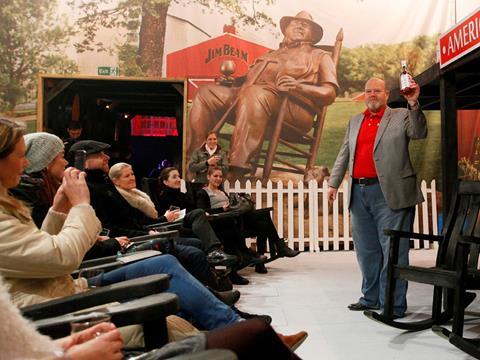 Challenged to bring the Jim Beam brand to life in a way that would resonate with 25 to 35-year-old ABC1s, Focus devised a three-part structured ‘tour’ in London’s Truman brewery, inspired by the tour of the Jim Beam distillery in Kentucky. Fred Noe, master distiller and great-grandson of Jim Beam, recounted his family’s history before guests were led into a distilling room and a bar. Guests were invited to sign a bourbon barrel, which was sent to Kentucky to be filled with Jim Beam. They will receive a bottle of the bourbon in 2017. Our judges described the activity as “a true brand experience.” 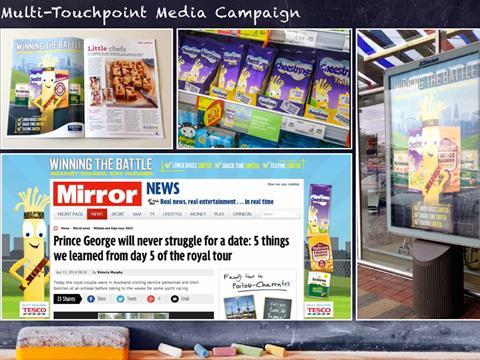 Kerry Foods Back to School

The back-to-school period provides Kerry with its second-largest sales peak, so it sought a deeper understanding of shopper behaviour to target its key consumers – mums – at each point of their shopper journey. Savvy used insights from focus groups and consumer panel research, including almost half of mums saying that getting children back into a routine was the biggest challenge they faced. Our judges said Savvy “used genuine shopper insight around the fears of mums over the hunger of their children while at school, and featured clear execution and an effective closing sale.” 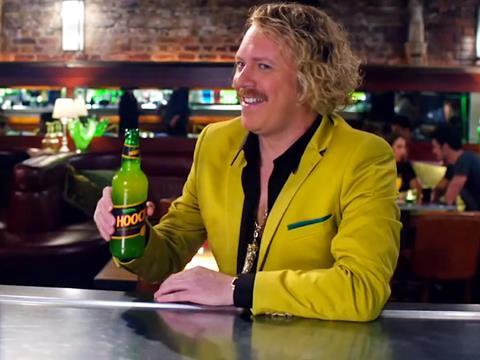 Our judges noted this category had attracted a “fantastic array” of entries but felt Global Brands’ campaign for Hooch stood out as “witty, knowing and infectious.” Hooch has gained good traction since being relaunched in 2012, but brand awareness among 18 to 24-year-olds remained low. A key objective for the campaign was to communicate the cheeky, irreverent personality that made the drink a hit when first launched in 1997. This was achieved with an advert showing comedian Keith Lemon in a bar ordering “a Oooch” from a confused barmaid, before specifying that he wants “H’orange” flavour. The ad reached 17.5 million consumers, including 42% of all UK 18 to 24-year-olds. 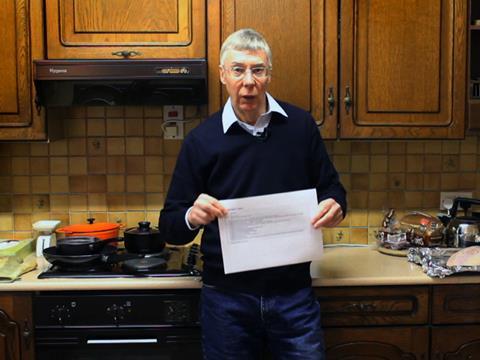 Christmas In A Day

A stunning piece of festive advertising, the full version of video-clip compilation Christmas In A Day ran for 50 minutes and was viewable online, while short clips made a big impact on TV viewers. Campaign content attracted 3.5 million YouTube views, and 235 pieces of media coverage in six weeks. “I’ve liked the idea of having an award for the Best of the Rest: for a campaign that didn’t win in a category but deserved to do so,” said The Grocer editor Adam Leyland. “Seeing this entry persuaded me this was the moment to introduce such an award.

Judged separately from the creative awards, the agency categories of The Grocer’s MAP Awards are based on criteria including successful pitches, creative accolades, staff development and business growth.

Once again, it gave us great pleasure to recognise the dedication, talent, professionalism and collaboration that makes an agency stand out from its peers.

As ever, the standard of agencies working in fmcg meant judges had their work cut out to whittle all the deserving contenders down to a single winner.

Undertook bold activity for Sony, Coca-Cola and Gillette, and brought Mars and Heineken on board

“Good solid work” across a range of media partners including Sainsbury’s and Pepsi, said judges