There are some big bust-ups bubbling away in confectionery 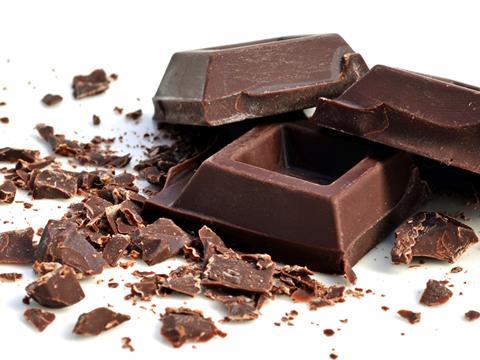 There are some big bust-ups bubbling away in confectionery: manufacturers and retailers with the health lobby, cocoa farmers with the EU and consumers with brands that shrink their products to protect margins.

Perhaps the biggest challenge for chocolate is soaring childhood obesity. The proportion of 10 to 11-year-olds classed as obese is up from 19.1% in 2014/5 to 19.8% [National Child Measurement Programme]. Obesity among four and five-year-olds is also up.

In August, the government’s Obesity Plan urged confectioners to cut sugar content by a fifth, a move welcomed by lobbyists who accuse them of targeting kids. “Confectionery brands regularly feature in our list of ‘worst offenders’ for marketing sugary products directly to children,” says Children’s Food Campaign co-ordinator Malcolm Clark.

All this - plus deflation - is taking a toll on sales, down by £31.4m or 0.9%. Volumes have fallen even further, by 2.3%. That’s 75.7 million fewer packs sold. The rise in average price has been driven by a shift away from countlines that sell for as little as 40p to sharing bags typically sold at a £1 price point.

“Understandably, with the focus on healthier choices, sales of chocolate have been challenging this year,” says Charlotte Sutcliffe, senior category manager of confectionery at Palmer & Harvey. She adds that the shift to sharing packs could help sweeten the health lobby. “These formats allow customers to indulge without feeling guilty because they can share the treats with family and friends.”

How many of these packs are shared is moot: in a 2014 poll for The Grocer almost one in four confessed to eating them alone - in one go - but the question of guilt is a salient one. Another Harris Interactive poll for us in August found that a quarter of women feel guilty after eating chocolate.

This goes some way to explaining the shift in consumption taking place. More chocolate is being consumed at home after dark with friends and family; less is being picked up on impulse during the day, say brands. This pattern is favouring larger formats such as sharing bags and chocolate blocks.

The brands that have capitalised on sharing formats have for the most part turned in the strongest sales performances. In February, Mondelez launched Cadbury Big Taste in a 300g format, which it says is already shifting 3.4 million bars at £8.4m in sales. The brand also released Double Decker sharing format Dinky Deckers in August, with the return of Dairy Milk Tiffin in a 95g block in May. Dairy Milk is up £8.7m, although units sold have dipped 0.7%, primarily as a result of faltering sales of its countlines. Double Decker is up 3.2% to £34.8m and sales of Boost, which went into sharing with Boost Bites in 2015, have climbed by almost a third to £28.7m.

Mars, Snickers and Maltesers have all struggled, with declines across all three brands, partly as a result of an over-reliance on the countline. Mars - still synonymous with the traditional bar format - has suffered the greatest loss of the year with sales down £11.8m. Almost 12 million fewer units have been shifted in the past year.

Galaxy has fared slightly better, with value dipping 1% on volumes down 2.1%, thanks partly to Mars upping its presence in Easter confectionery with our Top Launch of Galaxy Golden Eggs, and rolling out Galaxy Duet large block formats in May.

“The sharing trend is still on the rise in confectionery,” says Bep Dhaliwal, trade communications manager at Mars Chocolate UK. “It’s not just sharing for a midweek or weekend treat with family and friends that is growing either - sales of boxed chocolates are also doing well.”

Of the 10 Mars-owned brands in Nielsen’s top 50, only two - Revels and M&M’s - are in growth, proving again how the sharing trend is affecting brands’ fortunes. The combined losses of Mars’s 10 biggest brands stand at £33.8m. To put that in context, the 18 top 50 brands owned by Mondelez are up £20.7m.

All but two (Munchies and After Eight) of the 10 Nestlé brands in the top 50 have suffered declines in the past year, with combined losses weighing in at £37.4m. The biggest losses have come from Kit Kat, Quality Street and Toffee Crisp, all down by around £8m. Again, this partly reflects changing consumption habits - Kit Kat and Toffee Crisp are particularly reliant on the countline format, while variety boxes have lost out as sharing bags have grown, hitting Quality Street.

Sharing is set to rise in confectionery. Boxed chocolates are also doing well

Still, Nestlé’s UK confectionery MD Andrew McIver is optimistic, pointing out that these performances have been impacted by investment cycles, with Kit Kat and Quality Street seeing major activity in 2015. He adds: “For Toffee Crisp we’re reviewing plans for 2017 and beyond to ensure the brand adapts to the changing consumer landscape.”

Ferrero has also adapted, launching a new category strategy in August to capitalise on the gifting and sharing trend with an £8.1m investment across its portfolio. “With our new boxed chocolates strategy, we clearly understand the role sharing now plays within the confectionery market, and the Ferrero Pralines and Thorntons Boxed Chocolates ranges will be clearly positioned in line with two key shopper missions - to give to share and to give to gift,” says Levi Boorer, customer development director at Ferrero.

Not that the pressure to change was as great on Ferrero as it was on its rivals. Kinder, Ferrero Rocher and the Ferrero Collection have grown by nearly a fifth, putting an extra £37.7m through the tills. Kinder contributed £24.3m - the greatest gain of the year, partly by attracting health-conscious parents with portion-controlled chocolates and launching three Kinder sharing variants. The brand also cashed in on growing sales at Easter with the launch of Kinder Joy eggs, which achieved £5.3m in sales. It remains to be seen how the recent child labour scandal in Hungary affects sales going forward.

Talking of scandals, Cadbury Creme Egg has seen value climb 4.8% on volumes down 4.9%, partly as a result of the decision to cut the contents of Creme Egg multipacks from six to five, prompting angry headlines. Shrinking Dairy Milk Buttons, Maltesers, Toblerones and others also made the press.

Pressure to protect profits will only mount in 2017 thanks to the weaker pound. With cocoa prices set in sterling, the world’s biggest cocoa exporter Ivory Coast has already been hit by a fall in revenues. Most cocoa currently makes its way to Britain via the EU, but with uncertainty over whether tariffs will be introduced post Brexit, Ivory Coast is now urgently seeking new trade agreements with Britain to safeguard exports. Without them, prices could rise.