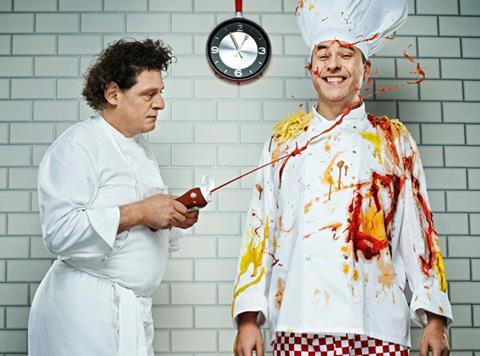 Comedian David Walliams and chef Marco Pierre White are to sit on the judging panel for Walkers’ Do Us A Flavour competition.

Consumers have been asked to create a new crisp flavour that must include at least one home-grown ingredient from a list including Somerset Cheddar, Devonshire chicken, Norfolk pork, Dorset Sour Cream and Vale of Evesham Tomatoes.

White and Walliams will join a panel of experts who will whittle down the entries – totalling more than 100,000 so far – to find six finalists. These flavour suggestions will be developed by Walkers and sold nationwide, with the public voting for their favourite. The winner will scoop a £1m prize, while the five runners up will each bag £10,000.

“I’m looking for creativity and diversity, something that stands out,” said Walliams. “I’m excited to see what flavour suggestion the nation will come up with.”

Do Us A Flavour is the revamped version of one of Walkers’ biggest-ever promotions. Originally run in 2008, Do Us A Flavour attracted more than a million entries, and Walkers believes the rapid growth of social media over the past five years should make the 2014 version an even greater success.

Of the 1.2 million entries for the original Do Us A Flavour, just 1,780 came via Facebook – Walkers now has 545,000 Facebook fans. The brand also believes Twitter will drive engagement; the 2008 campaign had no activity on the social network.

The winner of the original Do Us A Flavour was Builder’s Breakfast, which was on shelf for a year and contributed to an 8.4% hike in value sales in 2009.