Bestway rolls out 'Every Deal a Tenner' promotion for Best-in 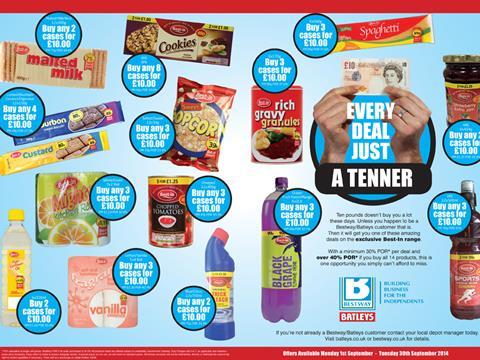 Bestway is launching a new promotion next month for retailers to boost profits on its own-label Best-in range.

“September is always a promotional time for Best-in,” he said. “Research has told us that customers want greater margins on Best-in promotions as they are seeing margins squeezed elsewhere.