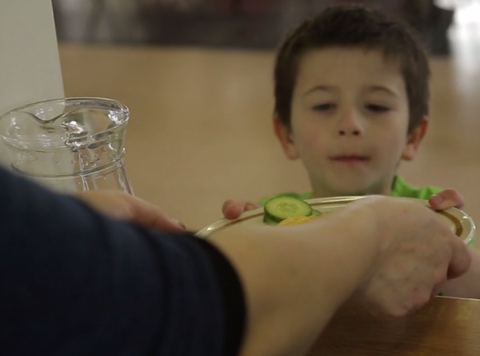 Brakes has launched a campaign to raise £7,000 to give free meals to children that face a ‘bleak and hungry’ Christmas.

The wholesaler wants to raise the cash for its Meals & More initiative set up to combat child poverty.

Meals & More project manager Pem Hulusi said: “It is a national disgrace that children will go hungry over the festive period. For 1.7 million children on free school meals, there is no provision during the school holidays, meaning millions of children face a bleak and hungry Christmas.”

The money will be used to feed and entertain children at its holiday clubs across the UK.

There are 154 clubs, run by 10 different charity partners, such as Make Lunch or Children in Scotland, of which 41 will be open over the Christmas holidays.

So far, Brakes has raised £290 of its target using crowdfunding page Just Giving from seven donations in just five days.

“Our network of charity partners who run the clubs do a tremendous job in providing a stimulating environment and nutritious food to thousands of children and we would urge all of The Grocer’s readers to support this great work,” added Hulusi.

“As a food business we believe that it is our duty to help our communities and there is never a better time than Christmas to dig deep to help those in need. “Your donations will help us provide a small gift to bring a little Christmas joy to these children.

“Last year I visited several clubs and the happiness on those children’s faces was priceless.”

Brakes launched its Meals & More project in 2014 to alleviate child poverty during the school holidays.

Earlier this year, a report by an All Party Parliamentary Group on Hunger revealed three million youngsters were going hungry during the school holidays.

It warned of the “major social evil” of children living off packets of crisps when school kitchens closed.

Some children who had not eaten a proper meal in days vomited or had to pull out of football tournaments because “their bodies gave up on them”, the report found.

The one million children growing up in poverty who receive free school meals, and the two million who do not qualify for them whose parents are on low wages, are most at risk of hunger, according to the group of MPs.

They said parents on low incomes with starving families were providing dinners of flavoured water or cereal in a “last ditch attempt” to feed their children.

Following the report’s publication, Brakes announced that £500,000 would be injected into its Meals & More initiative over the next five years.

Last year the initiative provided around 10,000 nutritious meals in the summer holidays alone, to almost 2,000 children.