With craft ale booming, standard canned brands are being left on the shelf. They’re for men of a certain age, it seems; they just don’t cut it with the hip young things with beards that are sousing themselves with growing volumes of BrewDog, Meantime and Camden Pils.

John Smith’s, Tetley’s and Boddington’s have had nearly £12m wiped off their retail value in the past year [Nielsen 52 w/e 12 September 2015]. It’s time standard ale had a revamp. But other than raising prices with more premium variants (such as John Smith’s Golden Ale, launched in bottles in August), what options are open to them?

Drinkers may be deserting John Smith’s in their droves - sales have sunk 7.6% on volumes down 4.1% - but its power as a brand should not be under estimated. With off-trade sales of £70m over the past year [Nielsen], it’s still Britain’s biggest ale brand.

That’s why John Smith’s enhanced shoe polish, spam, sardines and baked beans isn’t necessarily as bonkers as it sounds. The brand has equity, says 23red creative director Sean Kinmont. By diversifying into new categories that strike a chord with John Smith’s core drinker, value could be added to the brand.

“John Smith’s is a familiar sight in the off-licence and drinks aisles and we want to take its unique consistency and flavour out to a wider audience,” says Kinmont. “We are extending the brand by launching a range of John Smith’s infused products, everyday items which will be anything but ordinary.” 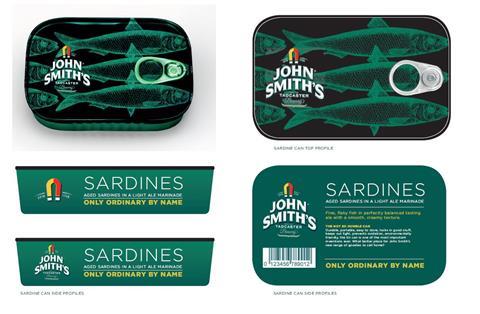 Of course everyone likes a can – it sits on the shelf, trustworthy, dependable, and what’s inside can’t be messed with. “People love John Smith’s for all the same reasons so a natural extension to the brand is to add a new twist to some old canned favourites and introduce John Smith’s to a whole new audience in the supermarket,” adds Kinmont. 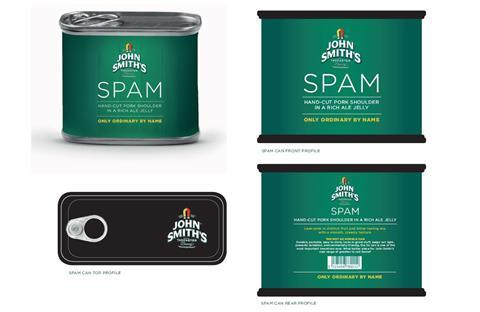 With the John Smith’s strapline ‘anything but ordinary’ emblazoned on each can, such products would of course tie in nicely with the brand’s core message and give them standout on shelf compared to their rivals. “There’s a whole new world of possibilities out there,” says Rob Garner, a senior designer at 23red. “This would be a natural extension for the brand.”

Indeed, if Carlsberg can do toiletries, why couldn’t John Smith’s do Spam?