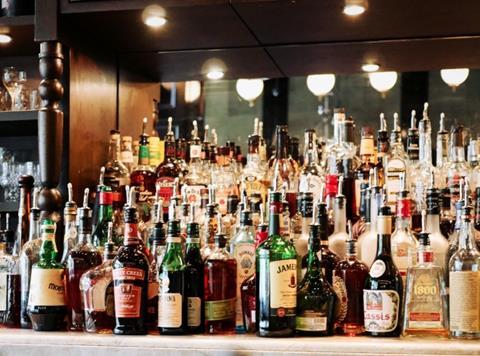 Conviviality is in a race against time to save the business, with declining service levels in the crucial run up to Easter becoming of greater concern, according to experts close to the situation.

Service levels to some customers have dropped, sources claim, with some suppliers - including a major soft drinks supplier - understood to have put the account on stop. Others, meanwhile, are demanding cash on delivery.

One supplier source said: “There is outstanding debt and some suppliers are not delivering to Matthew Clark”, adding some “key brands” had become hard to get hold of.

The news comes in a crucial week for Conviviality not only in terms of securing investor support for its £125m emergency placing but for the drinks trade in general, as demand surges in the run up to the Easter bank holiday weekend. But a number of customers are understood to have sought out rival distributors and wholesalers as service levels have fallen. “We’re speaking to quite a few and picking up some new business,” said a rival distributor. “People are being let down.”

Other suppliers have rallied to Conviviality’s aid. At the weekend AB InBev issued a statement saying it had “always had a strong and reliable business relationship with the company” and that it was looking forward to working with it in the future. “We trust shareholders will be supportive of the business during this time as they work to resolve the situation,” it explained.

But Conviviality’s cash crisis is not limited to the Matthew Clark side of the business. In its latest financial update last week it admitted that franchise income in the future would be lower as it planned to adopt new accounting standards. The International Accounting Standards Board’s IFRS 15, Revenues from Contracts with Customers, will be adopted by Conviviality from 30 April 2018. While it has no impact on cash flow, it is expected to have an impact on adjusted EBITDA.

As well as restating its forecasts for the year ending 29 April 2018 down from £55.3m-£56.4m to a new forecast of £45.5m-£46.0m, it also advised in last week’s update of “the deferral of franchise income arrangements as a consequence of the board delaying completion of further franchise agreements”.

It was likely Conviviality had struggled to recruit as many new franchises into its estate as it had budgeted for, said one source. “All the franchisees pay a franchise fee, and if the company isn’t getting as many new arrangements into place as it needed then they’re not getting access to that revenue stream.”

There had been worries “for some time about the level of profitability for franchisees”, the source said. “Costs are going up and margins aren’t.”

Last October Conviviality began offering up-front payments of up to £50,000 (including refit costs) for independents to switch to a Bargain Booze or Select Convenience fascia. It wanted to expand its portfolio by buying stores from retailers who were retiring or wanted to cash out. Upfront costs, along with 50% of refit costs, would then be paid back over time by franchisees.

It also bought the WS Retail group of stores from the administrators in late November following the collapse of Palmer & Harvey.

“If their forecast was based on growing store numbers with profit from that then a lot of stuff the big investors will have been told all of a sudden is in doubt,” the source added.

Conviviality’s board is currently involved in furious negotiations with institutional investors to secure the £125m funds. Presentations are being held in 10 blocks, in the hope that each can raise £10m. The remaining £5m will come from an ‘open offer’ to existing shareholders. This is the maximum permitted without the need for a prospectus.

But investors remain highly nervous. While CEO Diana Hunter’s departure last week was seen as the minimum requirement for engaging in negotiations, investors are understood to have lost faith in the remaining senior management.

On Monday night Sky News reported that a company doctor had been brought in from PwC to act as a “watchdog” for the company’s finances, who would join its finance department as part of an emergency turnaround plan.

However, that may not be enough to provide reassurance about the future direction and leadership of the business. “Investors face a real dilemma here,” said one City source.

“If they don’t invest they stand to lose everything. If they stump up the extra funds they could be putting good money after bad as there isn’t a lot of faith in the management’s ability to turn the situation round. There’s a lot of uncertainty about the future leadership. It’s a real Hobson’s choice.”

Even if investors can be persuaded to back the placing, a sale of the business is thought likely, the source said, as trade and private equity players sniff a bargain.

Indeed, potential buyers were circling as the crisis developed, said another source. “If they are flying a distress signal then people will understandably be watching.”

Conviviality was not available to comment when approached by The Grocer.