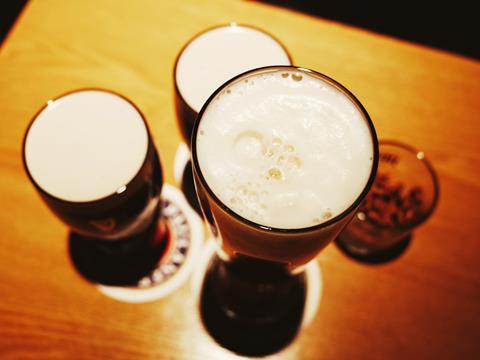 Low and non-alcoholic booze brands could be forced to rethink their packaging, with the Department of Health mounting a public consultation into how lower-alcohol products are labelled.

Current regulations expire this December, and the government is asking industry and interested parties for input into what form new guidance on the steadily growing category should take. Consultation will run until 10 May.

The British Beer & Pub Association welcomed the consultation. Its director of public affairs David Wilson said a change in guidance could address the fact imported beers are frequently described as alcohol-free despite containing 0.5% alcohol, whereas British-brewed beers can only be called alcohol-free if they are 0.05% abv or less. “The framework around the abv level at which you can describe something as low or non-alcoholic is different in the UK to Europe.” The BBPA has also called for flexibility for brewers to promote lower-strength or “lighter” beers at or below 3.5% abv.

Yet the idea “that labelling could be changed to encourage people to drink more or drink unknowingly” was “deeply concerning”, said Steve Magnall, CEO of St Peter’s Brewery, which produces a range of 0.0% abv craft ales.

Only beers containing no alcohol should be labelled as such, he argued. “Someone who wishes to avoid drinking alcohol doesn’t want a 0.5% abv beer. That would be like feeding a vegetarian a tiny bit of thinly cut ham.”